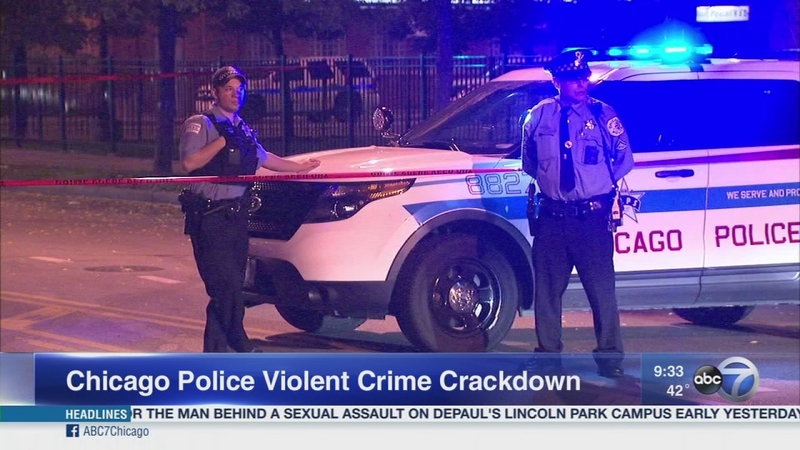 CHICAGO (WLS) -- Chicago police are taking aim at gun violence across the city by beefing up patrols and working to break-up gangs in the neighborhoods.

The goal is to break up gangs in the city's hot zones on the South and West sides, which are places where police data shows there is excessive gang violence.

The operation is a joint effort between the FBI, Illinois State Police, Cook County Sheriff's Office and CPD. The operation is lasting throughout the entire weekend and it's supposed to put criminals on alert.

"We just want to send a clear message to the people perpetrating this gun violence in our communities that we simply won't tolerate it," Johnson said.

The efforts include saturation patrols, stepped up traffic stops and visits to parolees.

The operation is being conducted in three police districts; the 6th District on the South Side and the 15th and 10th Districts on the West Side.

One of the reasons behind the crackdown happening now is October was the second deadliest month this year, with 78 murders, 353 shootings and 427 shooting victims.