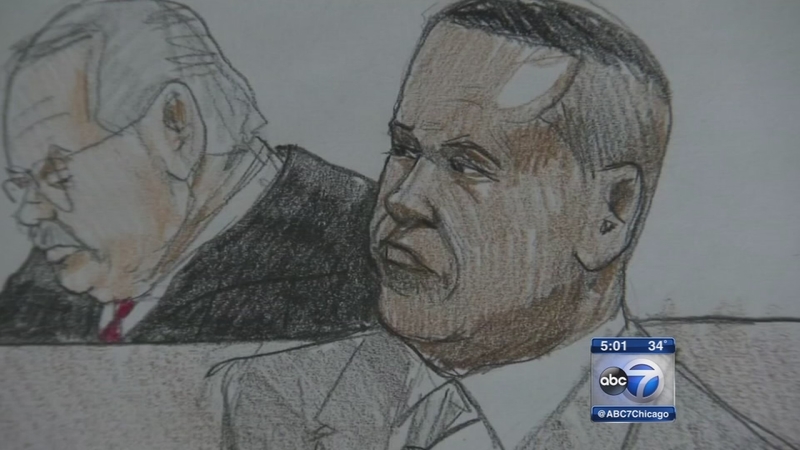 MARKHAM, Ill. (WLS) -- Officer Craig Taylor took the stand in his defense during his bench trial for the beanbag shooting death of John Wrana, 95.

Taylor is accused of using excessive and unnecessary force in the death Wrana, 95, on July 16, 2013 at Victory Center Retirement Home. Taylor said he was just following his training when he used the beanbag gun that caused the injuries which killed Wrana.

Taylor says he feared for his life, and his fellow officer's life when he fired five bean bag rounds at Wrana. Taylor says Wrana threatened to kill police and refused multiple police requests to put down a knife.

"His state of mind was he believed it was reasonable to discharge his less-lethal shotgun in an area he was trained, and told, was not likely to cause serious injury to the man," said Terry Ekl, Taylor's attorney.

Taylor told the judge he was following orders from his commander, who came up with a plan to deal with Wrana. He testified that his job was to use his less-lethal weapon if the taser didn't work, which it did not. Police were called to Wrana's assisted living facility after he became violent with staff and paramedics when he refused to leave his studio apartment to get medical treatment. Wrana died at the hospital after Dr. Stephen Salzman says Wrana refused to have life-saving surgery.

"He advised him that he should do surgery," Ekl said, "and John Wrana didn't want to get surgery. And then the doctor called his family and tried to get him to override his decision, and they wouldn't."

Dr. Salzman testified that Wrana told him several times that he wanted to die rather than undergo surgery. For the first time since the trial started, Wrana's tearful family spoke out, claim ingthat wrana didnt want the surgery because he feared it would result in being on life support

"We know that the truth is that he decided some years ago not to be put on life support in the event of his ever falling ill," said Tom Mangerson, Wrana's grandson. "He made that choice well-known and documented."

Dr. Salzman said that while surgery is risky for anyone, he begged Wrana to have the surgery because he believed he would make a full recovery. The defense will call one more witness Friday and then the case is likely to wrap up in the afternoon. Taylor has received a bench trial, and a judge will determine the verdict.