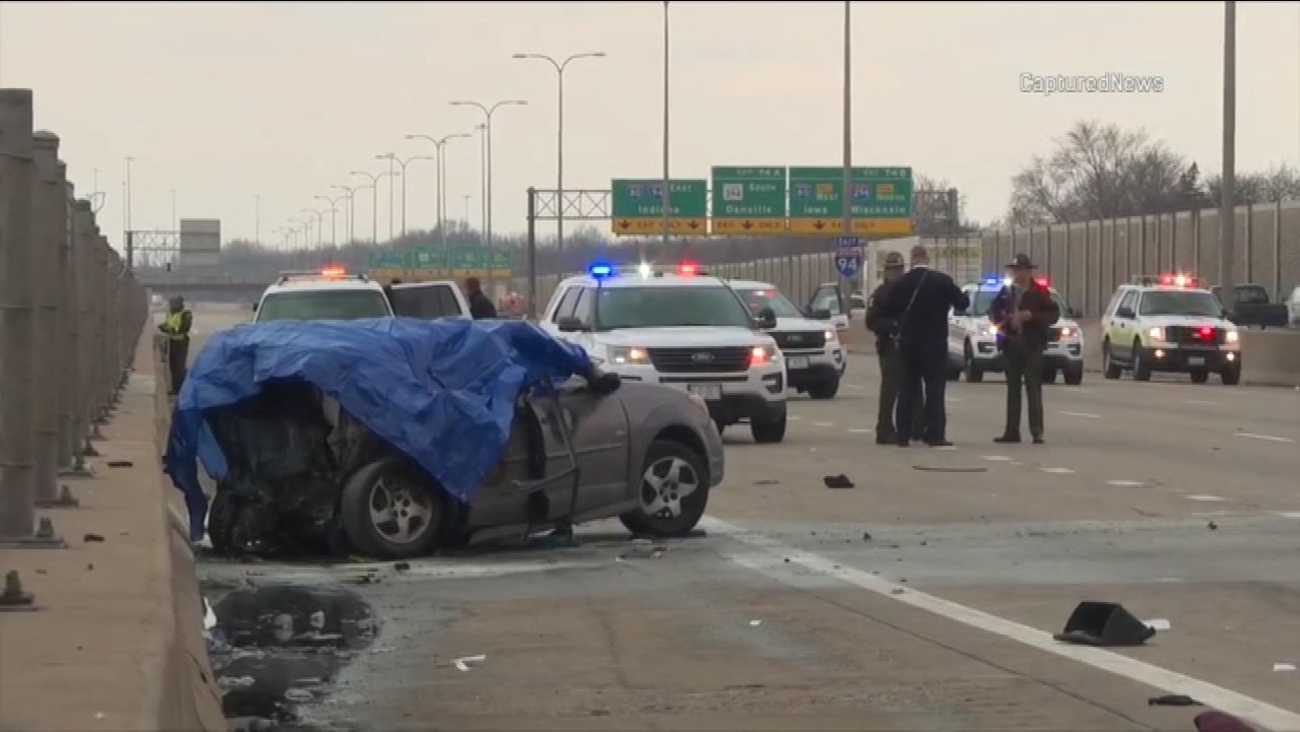 SOUTH HOLLAND, Ill. (WLS) -- Illinois Department of Transportation workers are credited with a daring rescue after a fiery crash in the northbound lanes of the Bishop Ford Freeway Monday afternoon.

Two drivers collided near 159th Street in South Holland, and one of the vehicles burst into flames.

IDOT crews were first on the scene and pulled two victims from the burning wreckage.

The South Holland fire chief said it's all in a day's work of a public servant.

"They don't get enough gratitude, they need a great big pat on the back for what they've done today," said Chief Brian Kolosh.

Two people died in the crash. Illinois State Police said they were not sure if either of the fatalities were initially pulled from the wreckage by the IDOT workers.