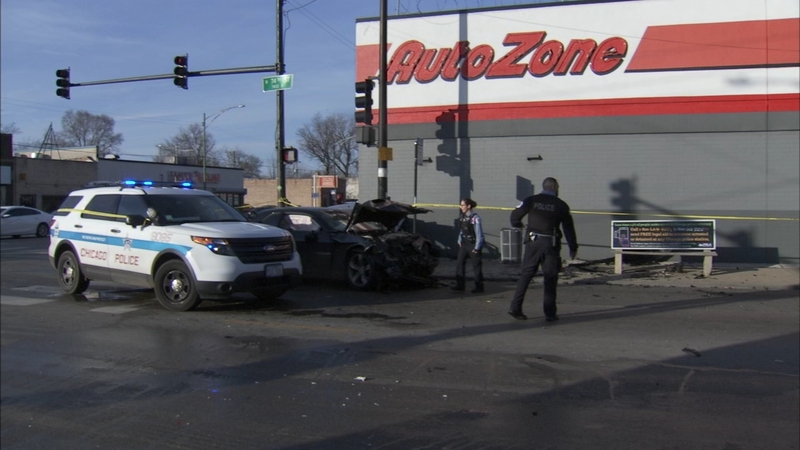 CHICAGO (WLS) -- Four people were injured, two critically, after two vehicles collided Monday afternoon, sending one of them into the side of an auto parts store on the city's South Side.

The crash happened at about 1:50 p.m., Chicago police said. The impact caused extensive damage to the bathroom of the Autozone store at 74th and Ashland.

Police said a man in a Dodge Challenger was driving at high speed north on Ashland when he struck a Volkswagen Passat that was attempting to turn left. The impact caused the Passat to strike a pedestrian and crash into the Autozone building, police said.
The driver of the Passat and his female passenger were taken to University of Chicago Hospital in critical condition, police said. The pedestrian and driver of the Challenger were taken to Christ Hospital in Oak Lawn in stable condition, according to police.

No other injuries were reported. Police initially said five people were injured in the crash, but changed that number after 9 p.m.