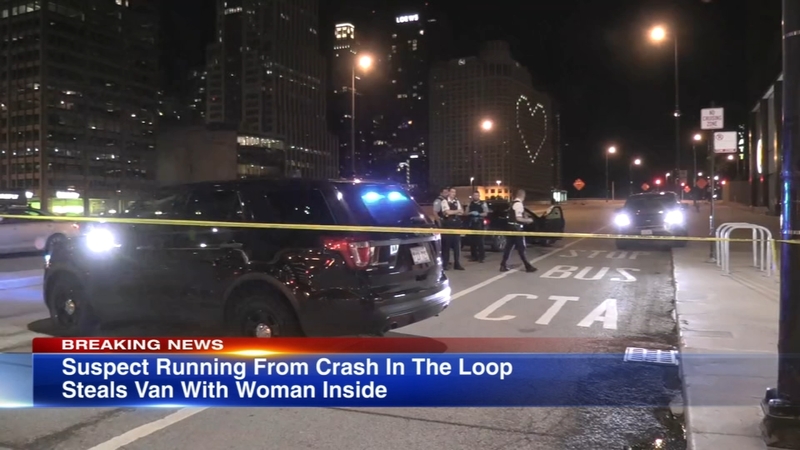 CHICAGO (WLS) -- Chicago police are trying to find the person who stole a van with a woman inside after leaving a crash in the Loop.

Officers say they saw a 2008 Pontiac sedan run a red light and hit another vehicle in the 100 block of North Wacker Drive around 12:30 Saturday morning.

Four people then got out, and one of them got into a 2014 Kia van with a 20-year-old woman in the back seat and took off, police say.

The woman was eventually left at a West Englewood gas station unharmed.

Only of one of the four suspects have been arrested, according to police. Two weapons were also recovered from inside the crashed Pontiac.