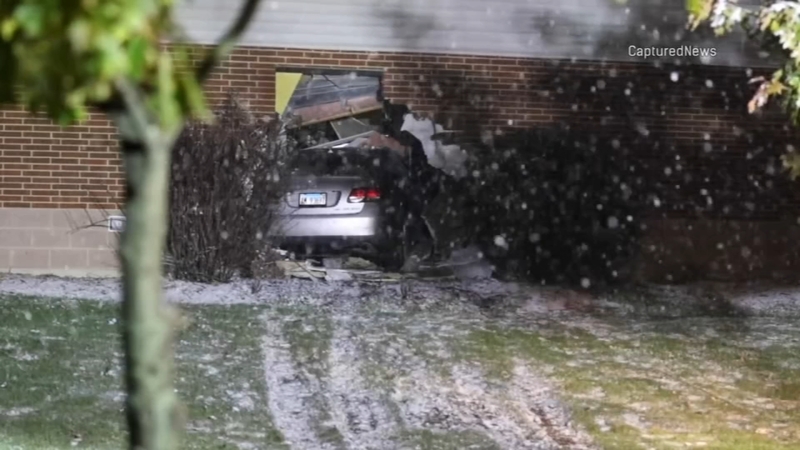 CRYSTAL LAKE, Ill. -- A man has been charged with DUI after police said he crashed into a church in northwest suburban Crystal Lake Thursday morning.

Police responded to the crash at Living Waters Lutheran Church,1808 Miller Road, at about 12:18 a.m. The impact left the church and the vehicle heavily damaged.

A witness told police the driver of the vehicle walked away from the crash. About 30 minutes later, police said they located the man in the 1600-block of Autumncrest Drive in Crystal Lake.

The man, 41-year-old Daniel Lang of Lake in the Hills, was not injured and refused medical treatment, police said. He was charged with two misdemeanor counts driving under the influence of alcohol and another misdemeanor count of failure to give information after striking unattended vehicle/property.