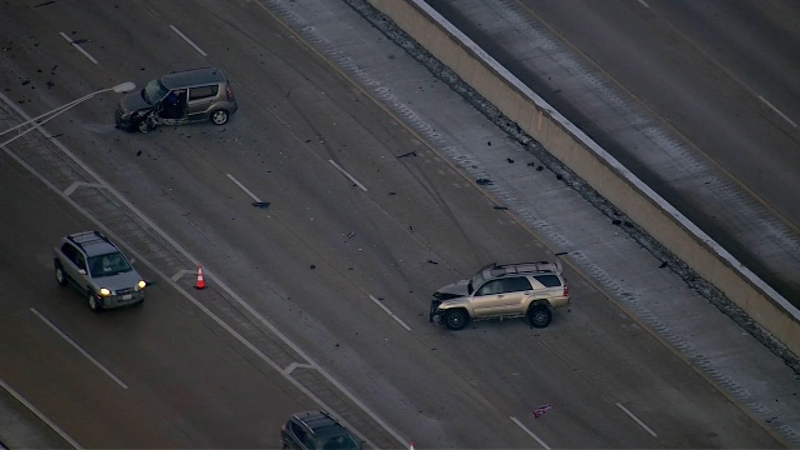 NEW LENOX, Ill. (WLS) -- A 31-year-old man died after a crash that shut down eastbound I-80 in southwest suburban New Lenox for hours Thursday morning.

Illinois State Police responded around 4 a.m. to a crash on I-80 just east of I-355. Investigators said a 2005 Toyota 4Runner heading east on I-80 struck the front driver's side of a 2011 Kia Soul that was stopped in the center lane. It is unclear why the vehicle had stopped, but its lights were not on.

Aaron Scofield, of Chicago, was thrown from the Kia on impact. He was transported to Silver Cross Hospital in New Lenox, where he died at 4:46 a.m., the Will County Coroner's Office said. An autopsy was scheduled for Thursday.

The 43-year-old man behind the wheel of the Toyota was also transported to the hospital. His condition was not immediately known. There was no one else in either vehicle.

The crash caused a huge backup that extended several miles throughout the morning commute. Eastbound I-80 reopened around 8:15 a.m.