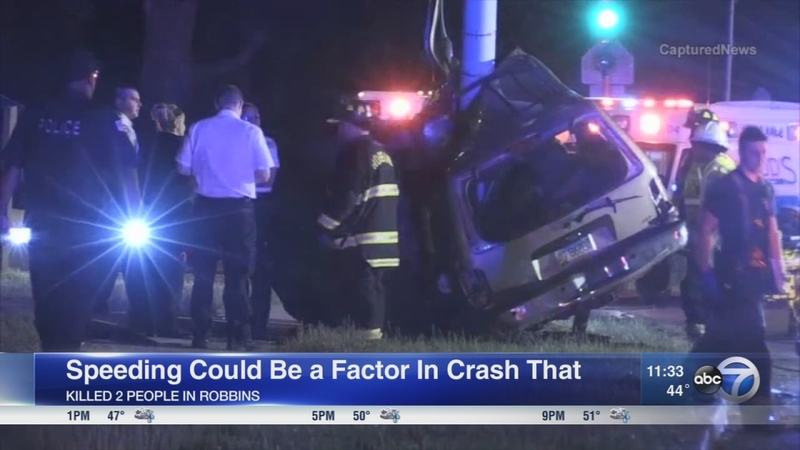 ROBBINS, Ill. (WLS) -- Two people were killed in a crash in south suburban Robbins Thursday night, according to the Robbins Fire Department and the Cook County Medical Examiner's Office.

A Ford Explorer was traveling at a fast speed north on Kedzie Avenue when it hit a traffic pole and a light pole at 139th Street at about 10 p.m., fire officials said. The Cook County Medical Examiner's Office confirmed two people were killed in the crash.

"I was in the house and heard a big bang. I came out, and I've never seen anything like it. It is really bad," said Curtis, a witness.

The impact left the SUV wrapped around the pole and it took close to 30 minutes to get the two people inside out of the vehicle, fire officials said.

"Oh man, it's wrapped around the pole... and there's no way anybody can survive that," Curtis said.

The crash took down a traffic pole at the intersection of 139th and Kedzie and a temporary traffic light has been set up.