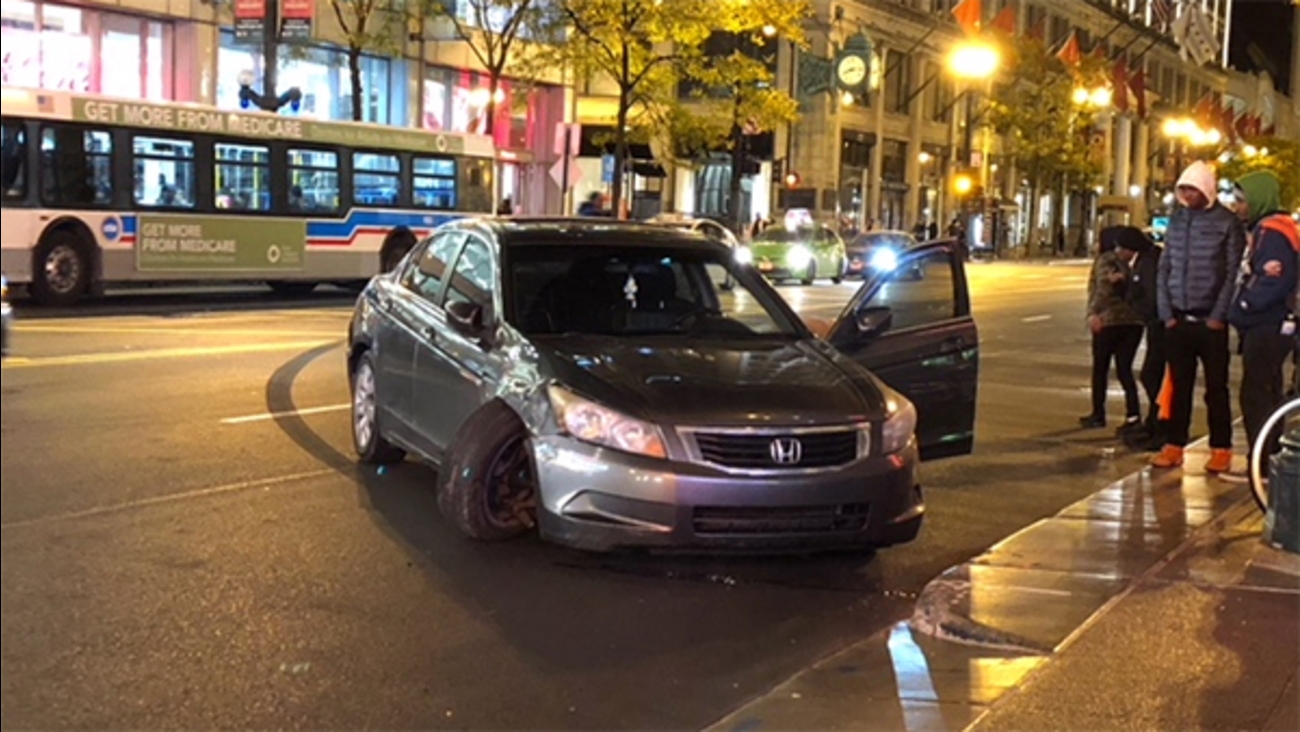 CHICAGO (WLS) -- Chicago police said a driver has been cited in a crash on State Street outside the Chicago Theater Thursday night.

Police said at about 8:14 p.m. in the 100-block of North State Street, a Honda Accord traveling northbound struck a GMC Yukon.

Police said the driver of the Honda jumped out of the car and fled the scene. He was apprehended shortly thereafter by officers.

Both drivers were taken to Northwestern Hospital for treatment, where police said they were stable.