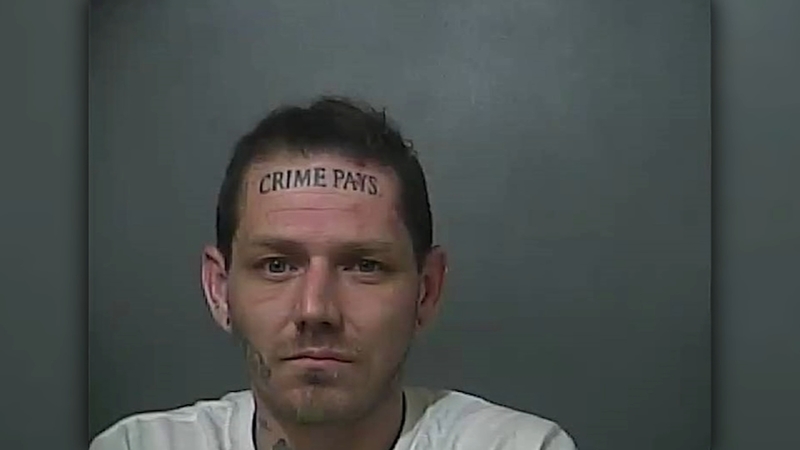 TERRE HAUTE, Ind. -- A man with a tattoo that says "crime pays" on his forehead has been arrested in Indiana.

Murray has been charged with resisting law enforcement, reckless driving and possession of methamphetamine, maintaining a common nuisance and auto theft, police said.