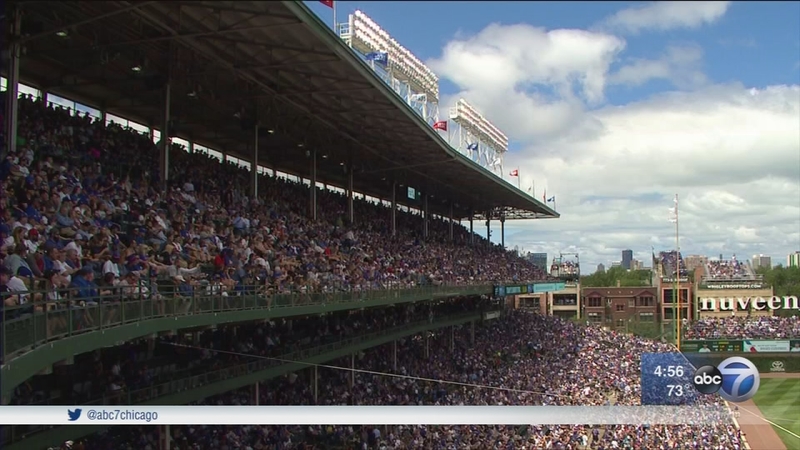 CHICAGO (WLS) -- The start of the Crosstown Classic between the Chicago Cubs and White Sox kicked off Monday at Wrigley Field. The White Sox beat the Cubs 3-1 in Game 1.

But the Cubs-White Sox annual matchup is not just North Side vs. South Side. For twins Austin and Dave, it's a lifelong sibling rivalry.

DAVE: Definitely be some good arguments, some good fun.
AUSTIN: It's friendly competition. Out here to have a good time.

This Crosstown series has extra meaning: it's the first time the teams are playing since the Sox sent star pitcher, Jose Quintana, up the Red Line in exchange for two top prospects from the Cubs.

Right now, the two teams are in opposite states of mind. The White Sox are currently in their league's last place and rebuilding their roster.

The Cubs are in first. They are also rebuilding - around Wrigley - where construction crews are as common as baseball fans.

The Zachary Hotel at Clark and Addison is getting closer to completion. It will open on Opening Day 2018.

If you missed Monday's game and want to catch the rivalry Tuesday or Wednesday, it's a buyer's market. Dealers like Steve Buzil said some front row seats are under $200.

Wednesday's game will also be broadcast on ABC7 and Facebook Live with coverage starting at 7 p.m.