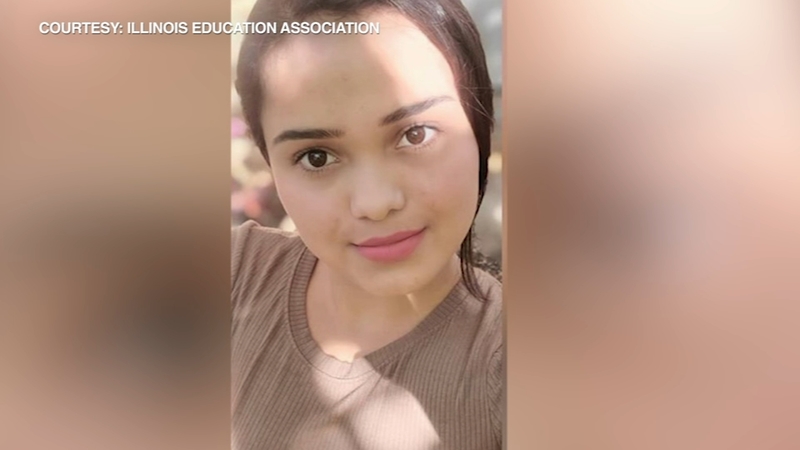 CRYSTAL LAKE, Ill. (WLS) -- It's not clear if Crystal Lake Central senior Meydi Guzman Rivas will be able to finish high school in the northwest suburb after she was detained by U.S. Immigration and Customs Enforcement in October.

But those who know her are fighting to keep her in the United States.

Guzman Rivas, 18, was arrested last year by U.S. Border Patrol near Laredo, Texas, after she illegally entered the country, according to ICE. She was released with orders to report to ICE's Enforcement and Removal Operations field office in Chicago, officials said.

"I was devastated when I found out what happened to her and didn't even know what to do at that point," said Sara Huser, a guidance counselor at Crystal Lake Central.

Huser said the teenager fled Honduras with her father because of violence and safety concerns.

Huser is now working with others to raise money for Guzman Rivas' legal fees, and one local lawyer even offered his services pro bono.

Kevin Bruning, a lawyer and father of six, heard about her story in church last month.

"She's too afraid to go home, and my belief is that America is a place that people can come to have a good and prosperous life when they're too afraid to stay where they are from," Bruning said.

Huser said the teenager's classmates want her to stay.