TSA launches 3D scanner technology at 15 airports across the country

CHICAGO (WLS) -- Frequent airport travelers know the drill. Remove all electronics and liquids from carry-on bags and place them in a tray. But at more than a dozen airports, passengers are now being told to keep their items in their luggage.

This summer, Transportation Security Administration is testing its Computed Tomography (CT) scanners at 15 airports across the country. Phoenix Sky Harbor International Airport was the first facility to receive the advanced screening innovation in 2017, followed by Boston Logan and New York's JFK.

TSA spokesperson Michael McCarthy says the scanners will be at O'Hare International Airport before the end of the year.

TSA's current screening technology uses 2-D images. The new technology applies sophisticated algorithms that the agency believes will more easily detect explosives and other threats. Screeners will view a 3-D image that can be viewed and rotated 360 degrees for a thorough analysis.

The initial CT units are being deployed to the following airports: 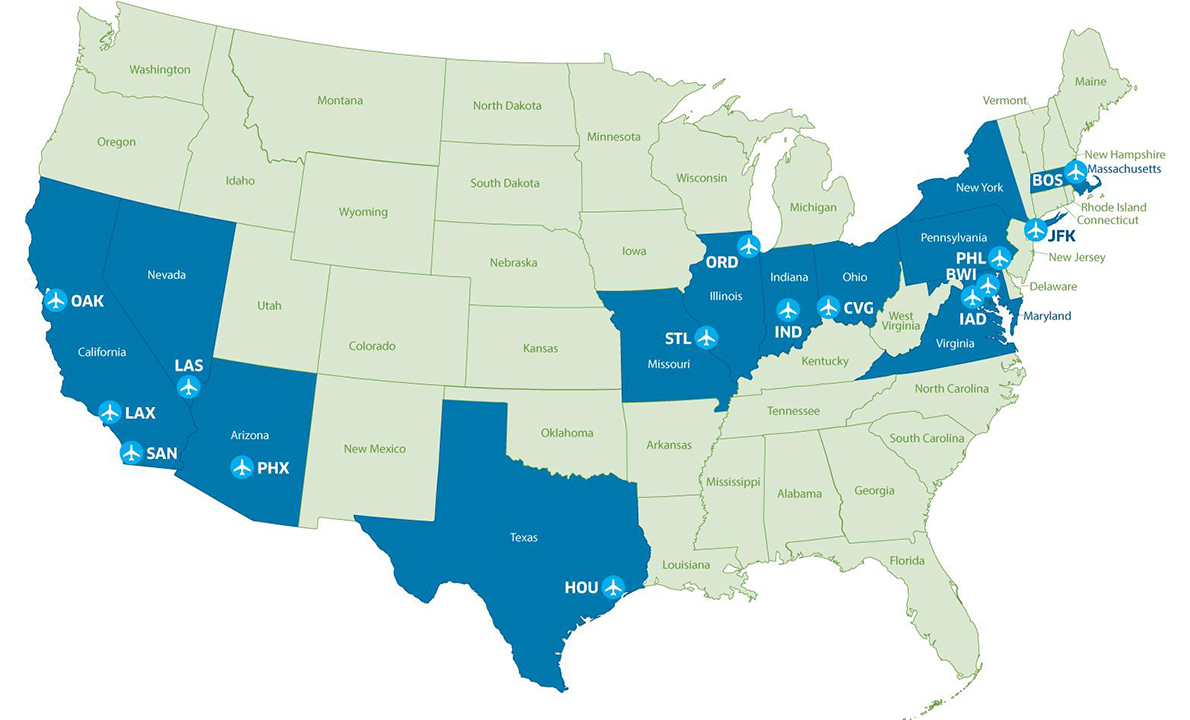 TSA plans to have 15 units in place at airports around the nation within the next few months.