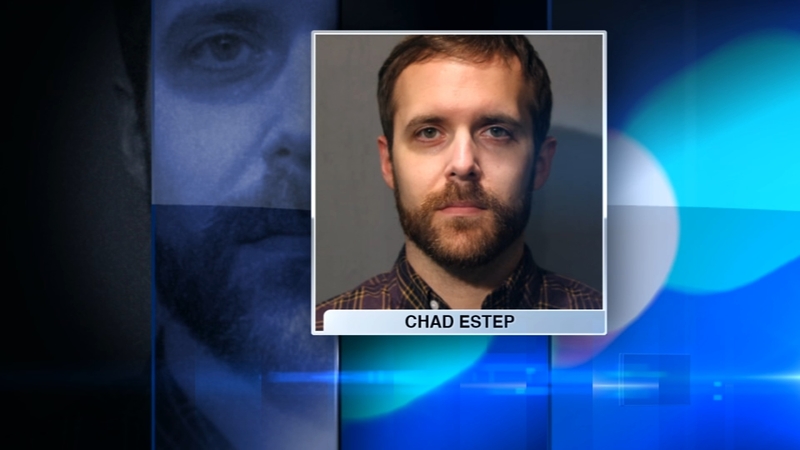 CHICAGO (WLS) -- A North Side man pleaded guilty to attempted murder Wednesday for pushing a man onto the tracks at a Blue Line station in the Loop during the summer of 2017, police said.
Chad M. Estep, 34, was sentenced to three years in prison for the random attack.

Police arrested Estep, a neuroscientist with a PhD from Northwestern University, after surveillance video helped identify him as the suspect who pushed the 46-year-old man at the Washington Blue Line Station on August 1, 2016, according to Chicago Police.

Surveillance video reportedly showed Estep leaning against a pillar on the train platform watching his victim, then coming up from behind and shoving him with both hands onto the tracks.

He then "menaced" the victim, refusing to allow him to climb back onto the platform until bystanders intervened and offered assistance, police said.

Police said Estep did not know his victim and was visibly intoxicated at the time of the incident. A motive for the attack was never released.

The victim did make it back onto the platform before the Forest Park-bound Blue Line train came through.