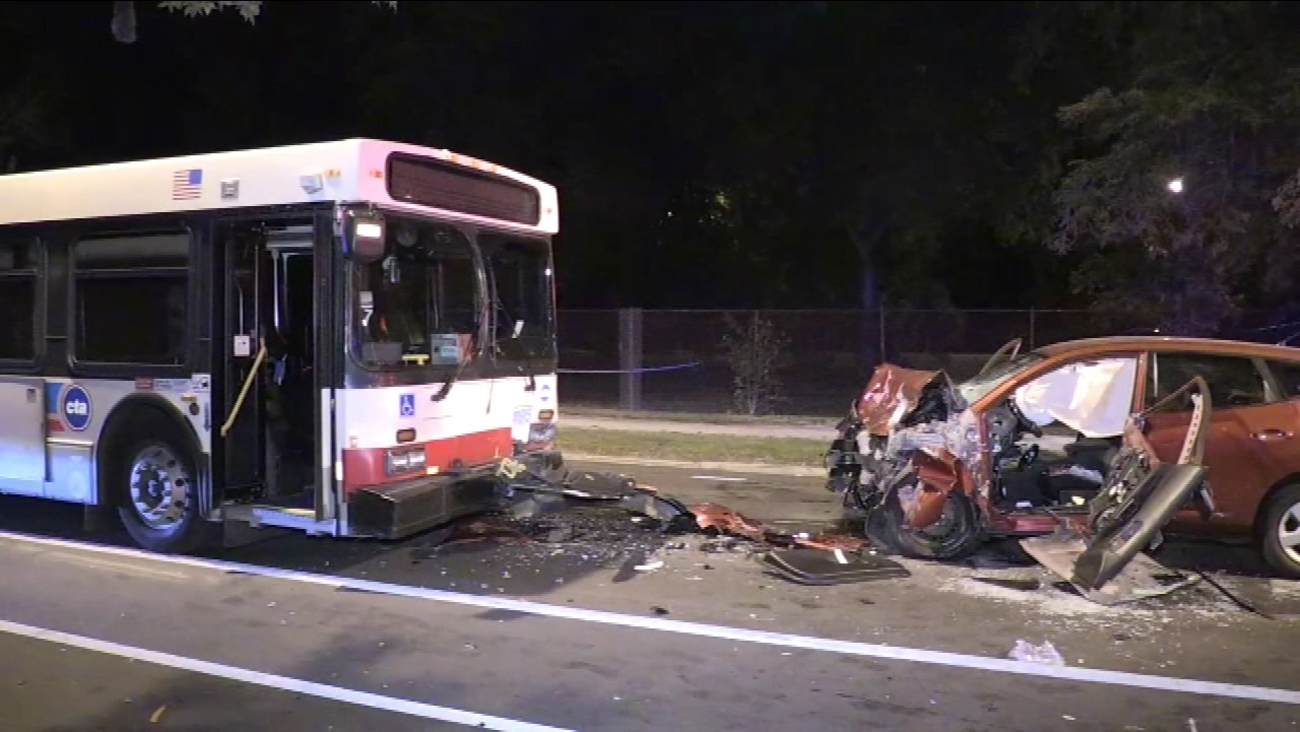 CHICAGO (WLS) -- One man was killed and three other people injured after a crash involving a CTA bus on the South Side Friday night.