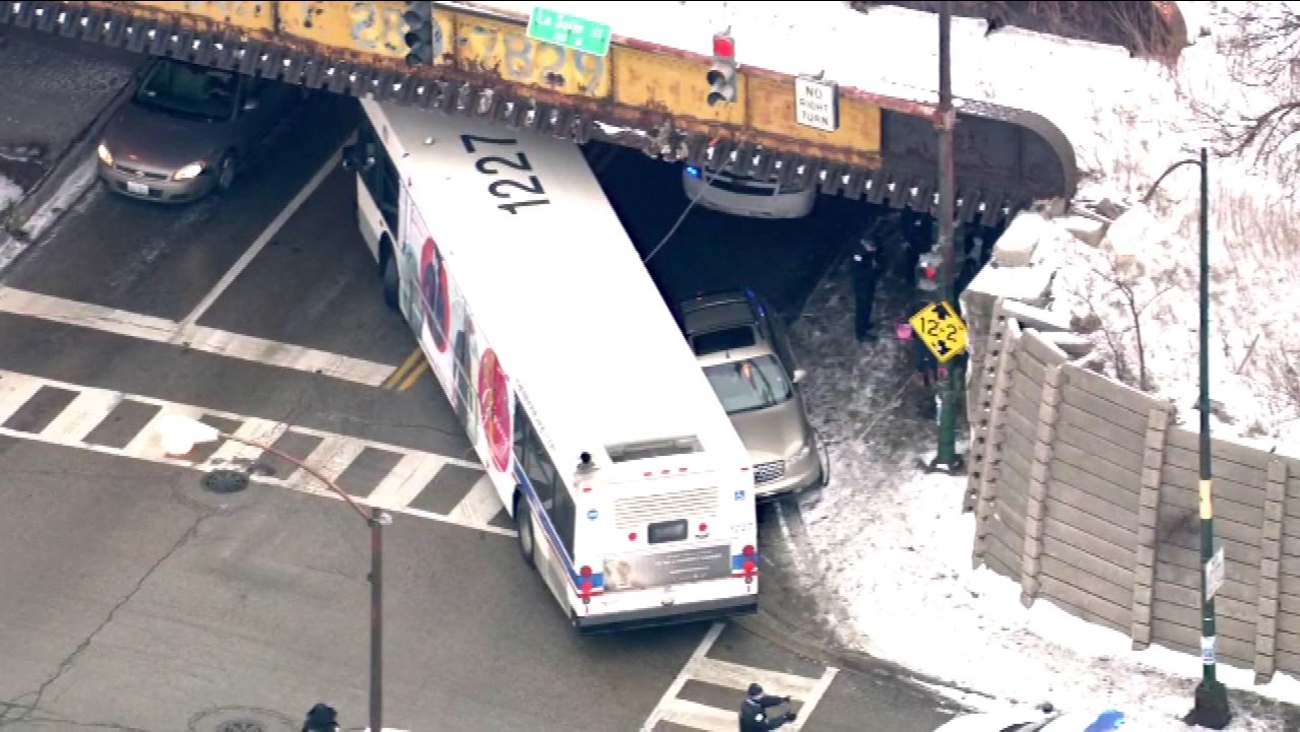 CHICAGO (WLS) -- Four people were taken into custody Wednesday morning after the stolen vehicle they were in crashed into a CTA bus on Chicago's South Side.

Police said the suspects fled in the vehicle after robbing someone in the 4000-block of South Langley Avenue in the city's Bronzeville neighborhood when the crash occurred around 8 a.m. near West 43rd and South LaSalle streets in the city's Fuller Park neighborhood.

After a short foot chase, all four suspects were apprehended. CPD said a weapon was recovered.

Charges are pending against the four suspects.

The CTA said 43rd Street buses were temporarily rerouted during the investigation.