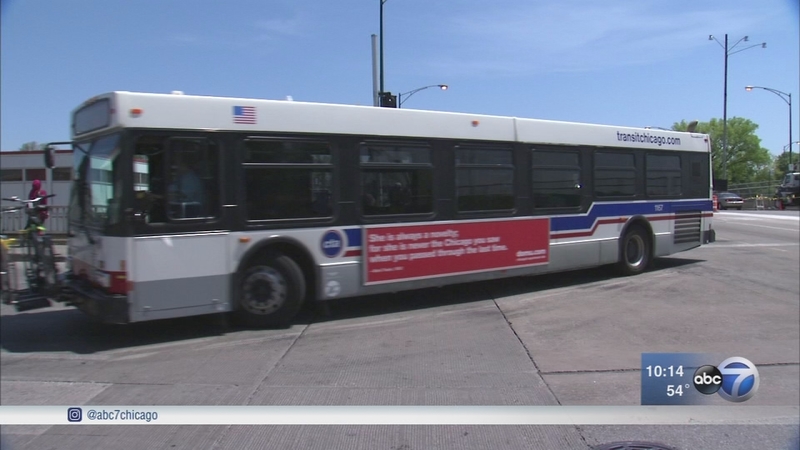 CHICAGO (WLS) -- They have to keep their eyes peeled on the road ahead but an I-Team investigation of CTA incidents has found some bus drivers have an ongoing fear from the rear: unruly, violent passengers.

Records we obtained show the stats: Chicago Transit Authority bus drivers who have needed medical attention in recent years after being attacked by bawdy passengers.

RAW DATA: CTA numbers behind the story from I-Team's Freedom of Information filing

Watch our main video report above, revealing the weapons of choice for raucous riders that seem to be whatever is handy: wads of spit, eggs, hot drinks or even frozen chicken that can become missiles when pitched at drivers.

Darryl Payne (left) and Kendall Henderson, both 19, were among those who were charged with attacking a CTA bus driver, in 2014.

CTA bus drivers describe some of the harrowing experiences they have had behind the wheel.

While passenger spit is the most cited attack method, there are also reported attacks on drivers with bona fide weapons including stun guns and firearms.

The CTA control center where officials monitor calls for help from bus drivers in distress.

The transit agency maintains that attacks on drivers are rare.

Crimes against employees are down the past five years according to CTA spokesperson Tammy Chase who credits the transit agency's new communication system.

CTA bus drivers say they need more protection. A transit union official says drivers "have been trained to just stay in the seat and accept the abuse."

For more information about the Chicago Transit authority, visit www.transitchicago.com