Argument on CTA bus leads to shooting in West Pullman 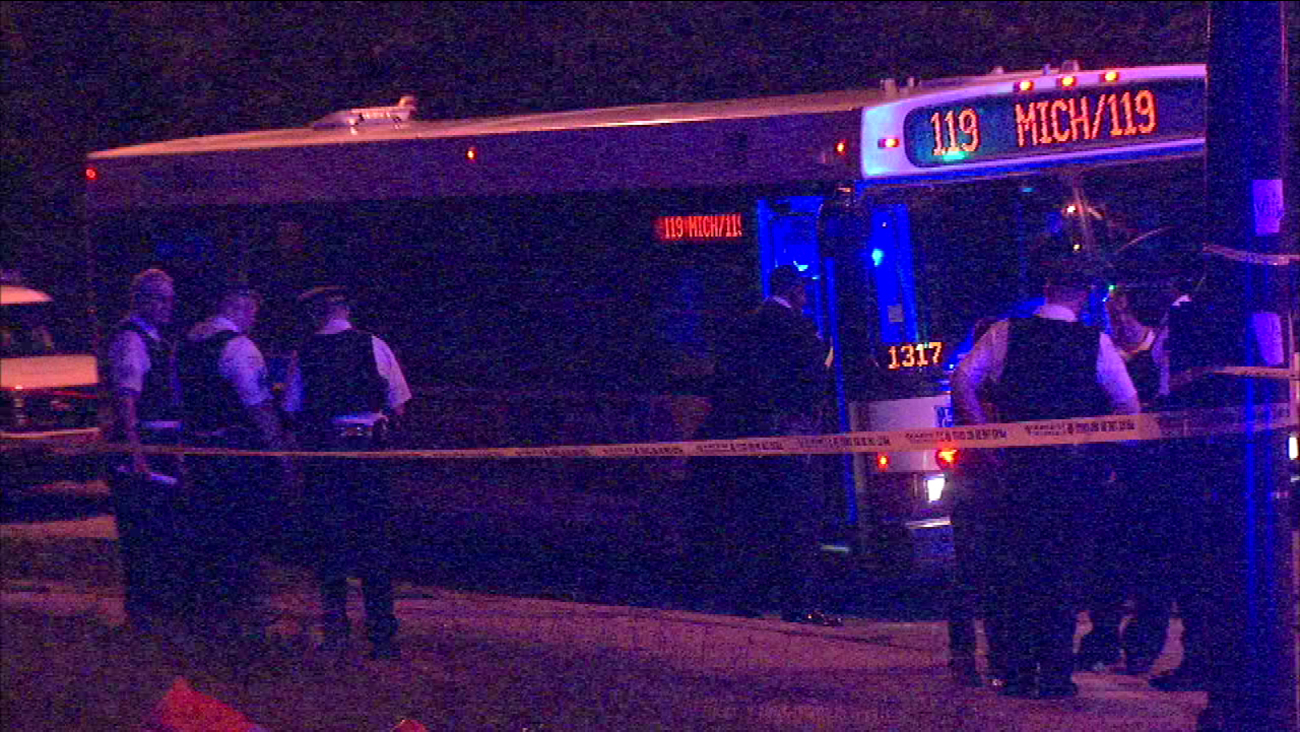 CHICAGO (WLS) -- Three people are in police custody after an argument on a CTA bus led to a shooting on Chicago's Far South Side.

Police surrounded the bus after the shooting Saturday night in the 100-block of West 119th Street in the city's West Pullman neighborhood.

The CTA said a 21-year-old man got into an argument with three people on the bus. The bus driver asked them to get off and the argument continued on the sidewalk. One of the three people pulled out a gun and fired shots.

The victim suffered a graze wound to the leg and was taken to Roseland Community Hospital in good condition.