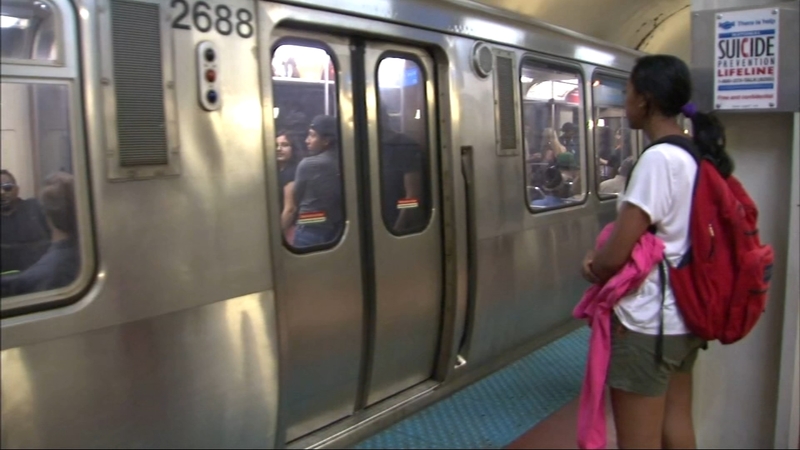 CHICAGO (WLS) -- The Chicago Transit Authority is installing high-definition cameras at four Blue Line stations in an effort to enhance security for passengers.

The cameras are part of the transit agency's "Safe and Secure" program.

They are being added to the Clinton, LaSalle, Grand and Chicago Blue Line stations.

The network's surveillance cameras are getting an upgrade from the old SD to HD technology.

Announced back in February, the program is making steady progress and is now being phased into four of the oldest Blue Line stations. The hope is the new cameras will discourage crime and make it easier to identify those suspected of crimes

"Over the past few years CPD has made over 1,200 arrests directly result of cameras on CTA platforms and around the stations. This technology helps us to become better," said Chicago Police Superintendent Eddie Johnson.

The investment is the latest by the CTA as it tries to remain competitive in a market where more and more people are turning to rideshare options. While L usage remains high into and out of the downtown area during weekday rush hours, in recent years ridership has fallen off, especially during nights and weekends.

Mayor Rahm Emanuel acknowledged the impact of rideshare services, but also pointed out that it's a fee on their usage that is helping to pay for upgrades to the CTA system.

"Rideshare is affecting public transportation but if we can make it safe, secure and reliable we will win our share of future business," Emanuel said Monday.

De Paul University Transportation expert Joe Schwieterman says getting back lost customers is as much about perception, as anything else.

"People out there monitoring the platform, on board personnel, trains that are kept clean, all that creates the perception that people are going to give say a late night train a chance. A lot of people now see the coverage and they get scared," he said.