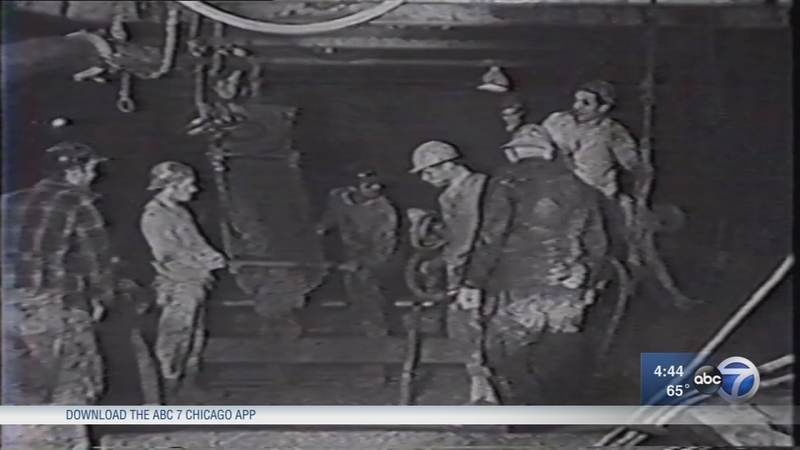 CHICAGO (WLS) -- The Chicago Transit Authority celebrates its 70th anniversary this year - and a newly-rediscovered film clip about the State Street subway surfaced just in time to celebrate.

The unmarked eight-millimeter clip was found on a shelf in CTA headquarters this summer. The footage shows the construction of the subway line, which opened in 1941.

CTA employee and unofficial historian Bruce Moffat, who has written about Chicago's 125-year public transit history, said the tone of the clip reflects the spirit of the era.

"This was a major design and construction undertaking, done before the days of computers," Moffat said of the subway.

The clip shows the pre-cast, 200-foot-long concrete tubes that were positioned five feet below the Chicago river bed. In order to place the tubes, workers called "muckers" had to dig out tons of clay from under the river bed. Much of this clay was sent to Lincoln Park.

"It has very much a rah, rah feeling to it, very much in keeping with the times," Moffat said of the clip.

Plans for the subway were first drawn up during the Great Depression because the L had become overcrowded. The move underground was seen as a way of moving more people, faster.

These subway tunnels served a secondary purpose as well - if necessary, they could have been bomb shelters during World War II.

Since then, the CTA's trains have become a symbol of the city, Moffat said.