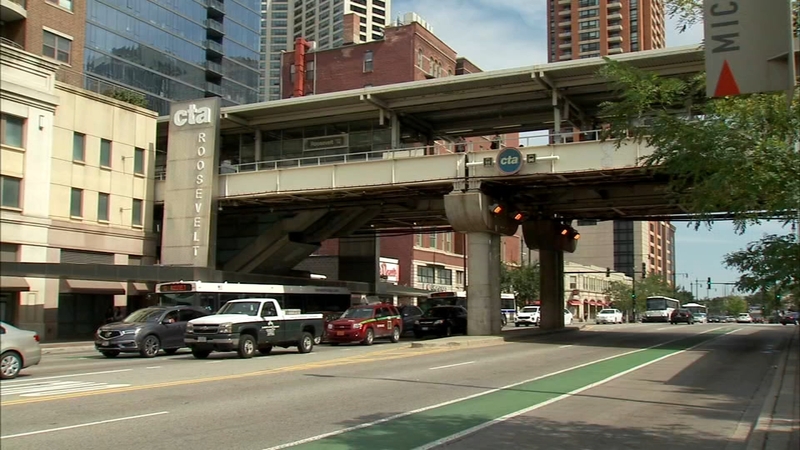 CHICAGO (WLS) -- The Chicago Transit Authority has seen a rise in violent crimes this year despite tens of thousands of surveillance cameras deployed throughout the train system.

CTA officials said that the serious crimes on Chicago's "L" trains are comparatively rare, considering that there are 1.5 million rides every week day. But riders remain nervous about the attacks.

Chicago police said there's been more than 4,400 reports of serious felonies on the CTA so far. It's 6% higher than those reported last year.

CTA customer Kyle Rendin almost had his cellphone stolen on a train recently, and he's witnessed other crimes involving riders.

In May, police added 44 officers to the mass transit detail.

They were originally going to stay on through the end of the year, but Chicago Police Supt. Eddie Johnson said they'll remain a permanent addition.

Police said crime has dropped by 6% since their addition.

The CTA has redeployed its contracted security guards. The agency is now using two-person teams.

More than 32,000 system-wide cameras, many with new high definition features, are also assisting in the effort, but still many crimes go unsolved.

"It takes police appearance to be here for safety, they need to ride the trains more," said rider Veronica Blanton.

"Maybe during the night is when it gets a little bit more dangerous," Gloria said.

Sean Quinn got head-butted leaving the Roosevelt station. Now he tries to stay more aware of his surroundings.