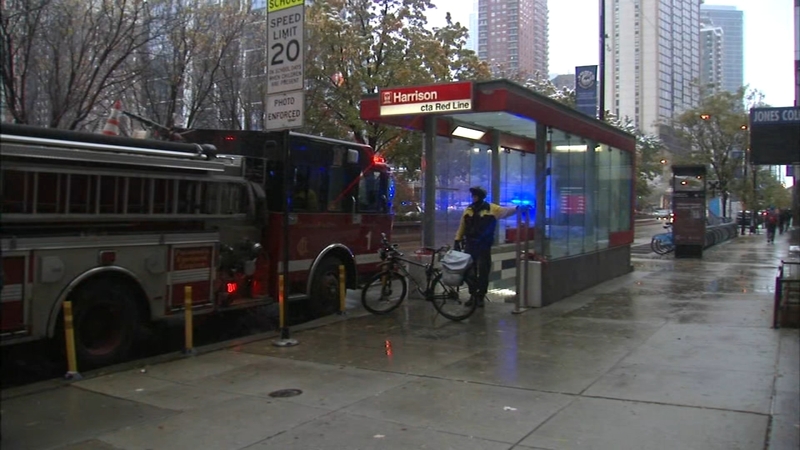 CHICAGO (WLS) -- Chicago fire officials said a person was struck by a train at the CTA Red Line Harrison station in the South Loop Thursday. Trains are being rerouted.

CTA officials said the person was standing on the Harrison station platform at the time he was struck by an approaching train.

According to CFD spokesman Larry Langford, the person may have leaned too far out over the tracks. He was taken to Northwestern Hospital in critical condition.

The CTA operator was also taken to Northwestern Hospital for treatment. CTA officials said they were traumatized by the incident.

Southbound Red Line trains have resumed operating in subway tunnels, but northbound trains have been re-routed to elevated lines between Fullerton and Chinatown-Cermak.

CTA Purple Line Express service is temporarily suspended between Fullerton and downtown to make room for Red Line trains on the elevated tracks, CTA said. Riders should use Red Line trains between downtown and Howard to connect to or from Purple Line shuttle trains or Brown Line service for stations up to Belmont.

The Harrison station is being evacuated.