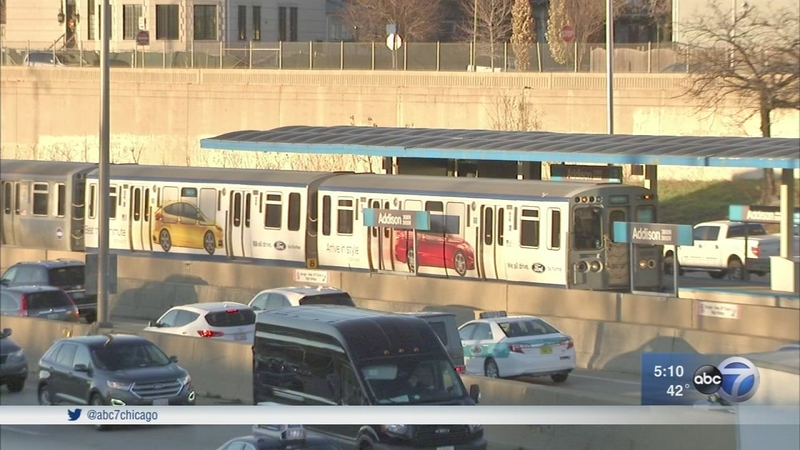 CHICAGO (WLS) -- There is a new development in the city's long-dormant plan to create a premium express train from the Loop to O'Hare Airport. The idea is to get travelers to O'Hare in 20 minutes or less.

Mayor Rahm Emanuel announced a request for qualifications Wednesday, seeking potential developers and financers for an express train. The mayor says it is a critical step forward in the city's efforts to upgrade its transit system.

"This investment will write the next chapter in Chicago's story of an economic powerhouse that moves at lightning speed," said Emanuel.

The city actually started construction on an airport express train under former Mayor Richard Daley. But the new concept would provide commuters with not only speed but also comfort and convenience.

The CTA blue line already runs from the Loop to O'Hare, but it has more than a dozen stops along the way. Running mostly parallel to the Kennedy Expressway, it takes about 40 minutes to reach the airport. City leaders say they envision a new express train that would offer more amenities, and make the trip in about half the time.

In the bowels of the Chicago's underground pedway, the city started to build a CTA transportation hub under Daley nearly a decade ago. After spending tens of millions of dollars, they scrapped it for lack of continued funding.

Now, Emanuel and other officials plan to seek proposals for an express rail that would cost taxpayers nothing, while providing an economic boost for downtown and the airport.

"It ensures our economic crown jewel, O'Hare, remains competitive bringing people to Chicago to experience all the city has to offer," said Michael Reever, Chicagoland Chamber of Commerce.

Interested developers can submit proposals for the rail. A company owned by South African billionaire Elon Musk has already started building a futuristic underground tunnel system in Los Angeles. Musk announced on Twitter that his company, The Boring Company, will compete to fund, build and operate a high-speed loop connecting the airport to downtown.

But some observers caution it's very early in the process right now.

"This is all predicated on someone in the private sector thinking this is a good investment. In the next few months we'll find out," said Ald. Brendan Reilly (42nd Ward).

The mayor stresses that this would be privately built and operated.