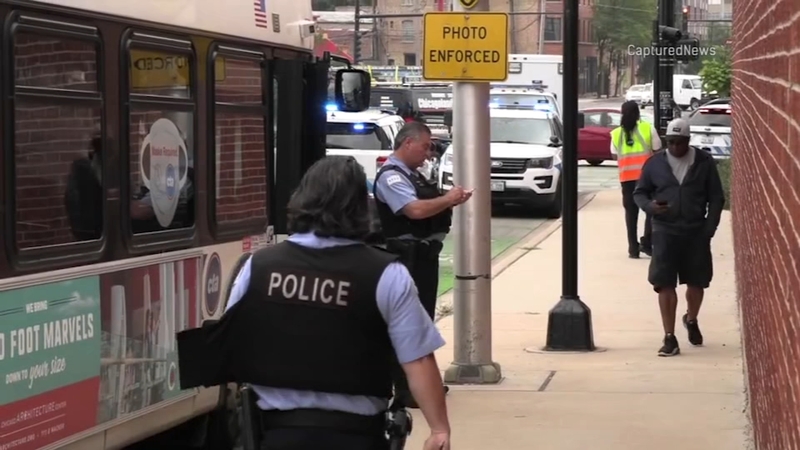 CHICAGO -- A man was stabbed Wednesday morning while riding a bus in Logan Square on the Northwest Side - the second stabbing on CTA property in a day.

The man, 68, got into an argument with another passenger on the bus around 9:15 a.m. in the 2500-block of North Damen, Chicago police said.

The passenger, a woman, then stabbed the man several times in his arm and body, police said. The man also had a laceration to his face.

Paramedics took him to Illinois Masonic Medical Center, where he was listed in good condition, police said.

RELATED: Woman stabbed, critically injured with own knife during attack on West Side CTA platform

It was at least the second stabbing on CTA property in a day.

On Tuesday, a woman was stabbed with her own knife while defending herself at the Cicero Blue Line station on the West Side.