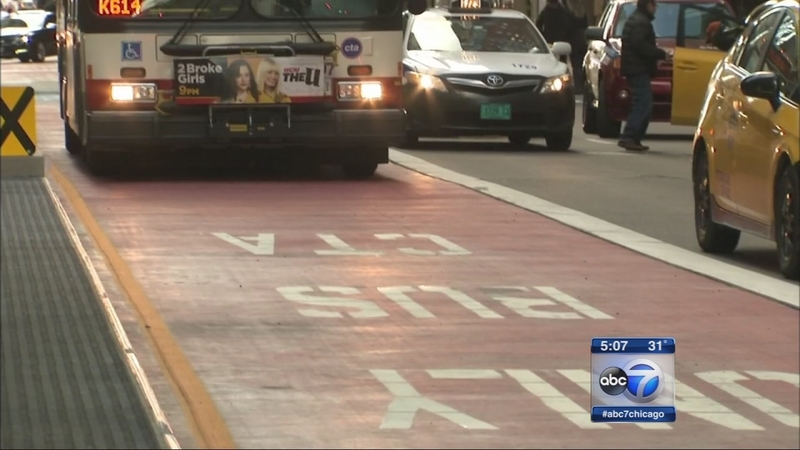 CHICAGO (WLS) -- Loop Link service, which aims to cut travel times for bus riders in Chicago, will start Sunday along routes between the West Loop and Michigan Avenue.

"I think it will make things better," said commuter Chiquita Griffin, who hopes that her long waits for the bus will soon be over.

About a thousand buses, which carry roughly 25,000 riders each weekday, will use red bus only lanes.

CTA officials hope the expected faster service will cut bus travel times on at least six routes by at least half and lead to an uptick in declining bus ridership.

"Right now our busses run as fast as three miles an hour, which is about as fast as you can walk," said Tammy Chase, a CTA spokeswoman. "If you're commuting in .. you need connections that will move you more quickly."

"You won't have that stop and go caused by busses," said Commissioner Rebekah Schonfeld, of the city's Department of Transportation. "And you won't have those tight quarters where cars are contending with bicyclists."

But some drivers aren't thrilled about having fewer general traffic lanes, which have been reduced for construction since March.

"It's ridiculous down here," said driver Tanicka Harris. "Sometimes you have to circle around a couple of times to drop a person off. A lot of times you're sitting in traffic 15, 20 minutes at a time."

Some riders got a preview of the service with the early opening of the Washington and LaSalle bus stop. But the real test will be Monday's morning rush hour.