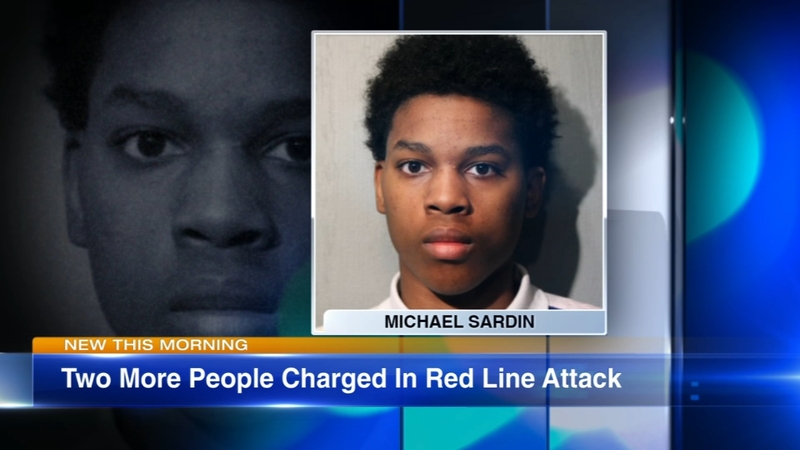 CHICAGO (WLS) -- Two more people have been charged in attack on three passengers at a CTA Red Line station.

Police said 18-Year-Old Michael Sardin and a 15-year-old boy were among a group of teens seen on camera punching and kicking the victims.

The attack happened nearly two weeks ago at the Chicago Avenue station. Police said Tuesday that Sardin and the 15-year-old have each been charged with aggravated battery and mob action.