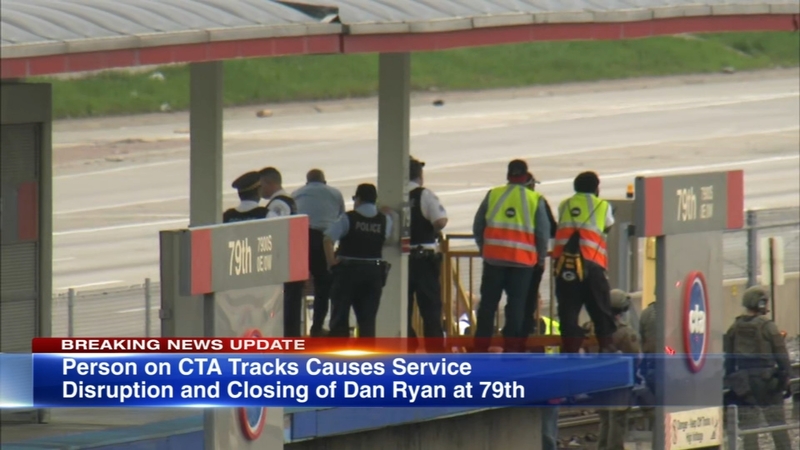 CHICAGO (WLS) -- The Dan Ryan Expressway and the CTA Red Line were shut down Saturday after a police SWAT team was called for a report of an armed person on the tracks near the 79th Street Station.

Officers responded to the scene near the 79th Street Station at about 3:05 p.m. after a person was seen walking with a knife on the Red Line tracks, Chicago police said.

All northbound and southbound lanes of Interstate 94 at 79th Street were closed for several hours as the stand-off involving Illinois State Police troopers and Chicago police continued.

At around 8:15 p.m., Chicago police said the man was taken into custody.

He was transported to a local hospital in good condition.

At about 10:45 p.m., Chicago police reported that the man has died from self-inflicted stab wounds. He was 27, according to CPD.

Area Two Detectives are investigating the incident, according to CPD.

All lanes have since reopened, but the CTA Red Line continues to be suspended between 95th and Garfield.