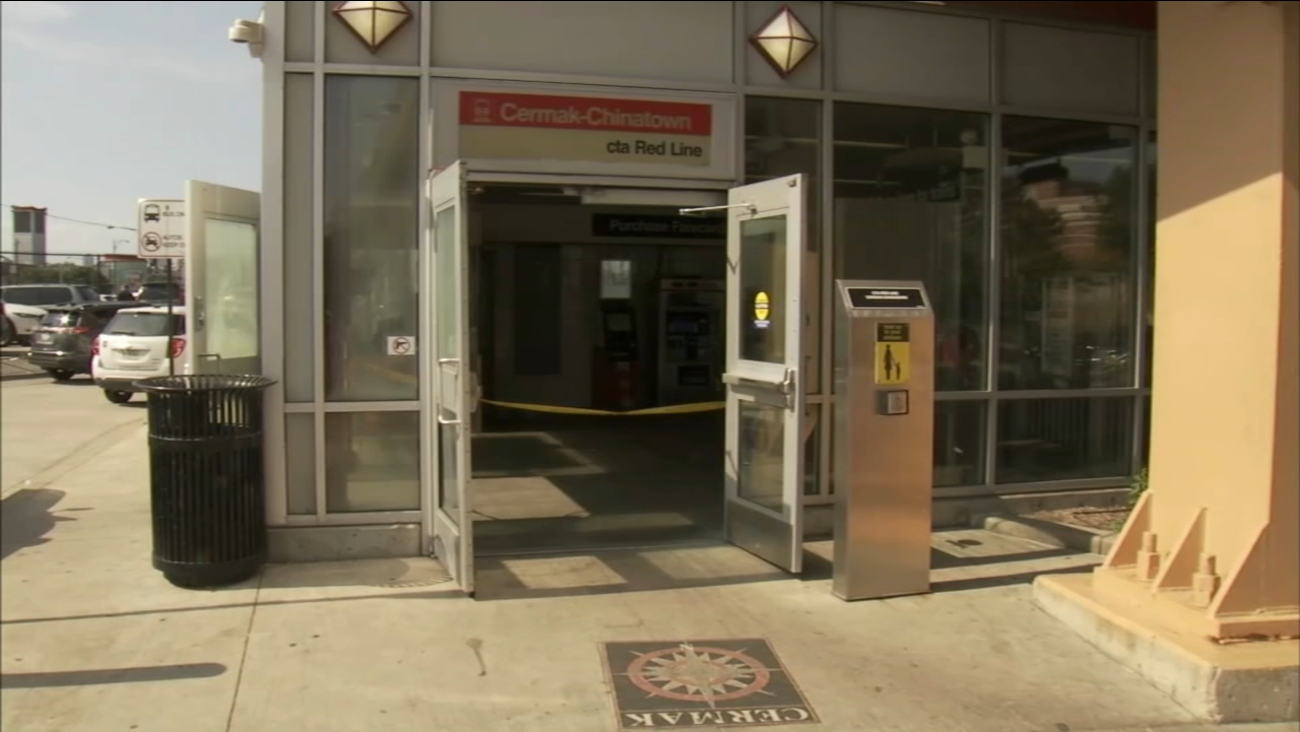 Authorities have identified the man who was stabbed to death on a CTA Red Line train on Saturday.

CHICAGO (WLS) -- Authorities have identified the man who was stabbed to death on a CTA Red Line train on Saturday.

Troy Johnson, 54, was stabbed to death after an argument with another passenger on a southbound Red Line train, police said. Johnson was pronounced dead on the platform at the Cermak-Chinatown station at about 3 p.m., authorities said. Johnson was identified Sunday by the Cook County Medical Examiner's Office.

The person who stabbed Johnson fled from the train station, located at 138 W. Cermak Rd., and ran southbound on Wentworth Avenue, police said.

Red Line train service was impacted as a result of the incident.

Howard-bound Red Line trains were standing at the Cermak-Chinatown stop at about 3 p.m. due to police activity, the CTA said. Red Line trains resumed service with significant delays at 3:30 p.m. but did not stop at the Cermak-Chinatown station for a few hours as police continued their investigation. Shuttle bus service was available between Roosevelt and Sox-35th Street, according to the CTA.