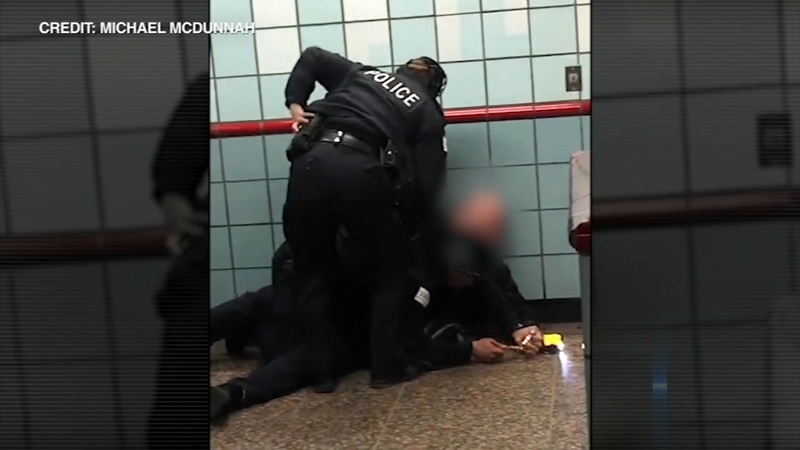 CHICAGO (WLS) -- The Cook County State's Attorney's Office is working with the FBI to investigate a police-involved shooting in the Grand CTA Red Line station Friday.

The office said Chicago police asked for a review of the shooting in the underground station at West Grand Avenue and North State Street in the city's River North neighborhood.

"At some point the male officer said 'shoot him,'" McDunnah said. "The female officer at that point, I think, pulled out her mace and maced him in the face."
That's when the situation appears to escalate. The man staggers to his feet, freshly maced.

And from there the video shows the man, and officers, sprinting up the escalator and another gunshot.