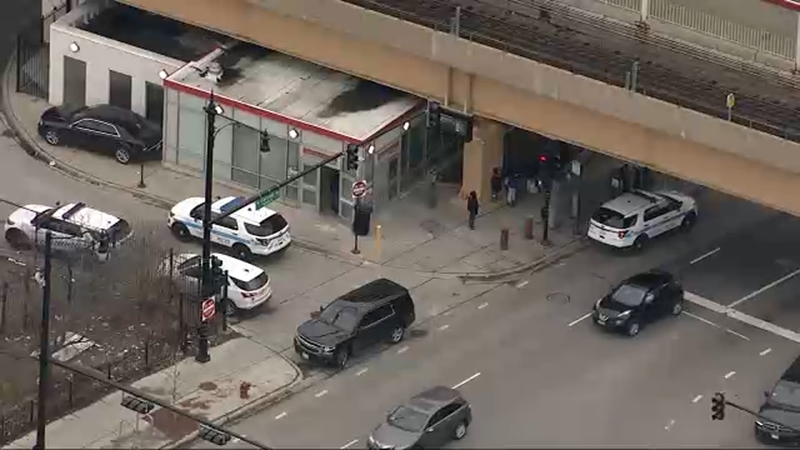 CHICAGO -- Red Line service was disrupted Tuesday after a man was stabbed on a train near the Cermak-Chinatown station.

The 47-year-old was on the train about 4:30 p.m. in the 100 block of West Cermak Road when someone approached him and stabbed him in the facial area, Chicago police said.

The man was taken to Stroger Hospital in good condition, police said. No arrests have been reported.

Trains were bypassing Cermak-Chinatown until 6:30 p.m. when normal service resumed, the CTA said.