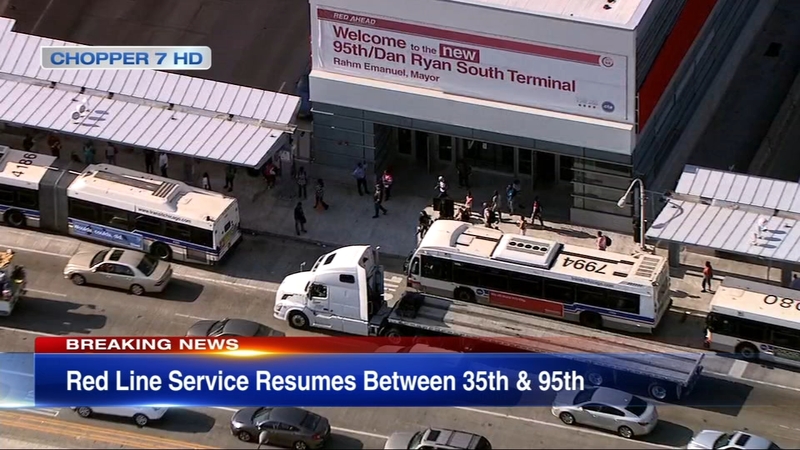 CHICAGO (WLS) -- CTA Red Line service was temporarily suspended between 35th and Garfield Monday morning due to a loss of power.

The CTA first tweeted about the problem around 7:30 a.m., saying that Red Line trains were standing at 47th due to a power outage.

Shuttle buses were made available between 35th and 95th. Riders should consider other CTA bus and train lines as alternates.

CTA officials said trains were operating with delays between Howard and 35th and between Garfield and 95th as crews worked to fix the problem.

The 29 State bus and the Green Line were suggested as alternates, but around 8:04 a.m. the CTA tweeted about Green Line trains standing at Cicero.

Around 8:30 a.m., Green Line service was suspended between Central and Conservatory due to a report of a suspicious package at Cicero. Officials suggested using the 20 Madison and 29 State buses as well as other train lines as an alternate.

Police cleared the scene and service resumed around 8:45 a.m.