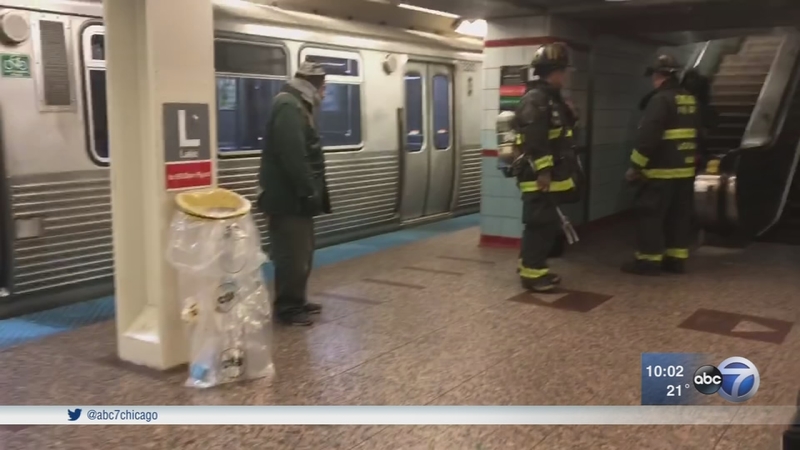 CHICAGO (WLS) -- Southbound Red Line trains were temporarily rerouted to the elevated lines between Fullerton and Cermak-Chinatown Thursday night due to a derailment, according to an alert on the CTA website.

The reroute lasted for at least six hours.

No injuries were reported, but riders described it as a frightening moment.

Greg Torres said he was on the train when it derailed.

"It just starting jerking, and then everybody just got startled and scared," said Torres. "It looked like it might have broke off, one of the wheels."

Torres said he tried not to panic.

Underground, below State Street near Lake, trains were at a standstill. CTA crews assessed the damage after the Chicago Fire Department gave the all clear.

Another rider, identified only as Crystal, is trying to figure out how to continue her trip.

Crystal and many others were bused north or south.