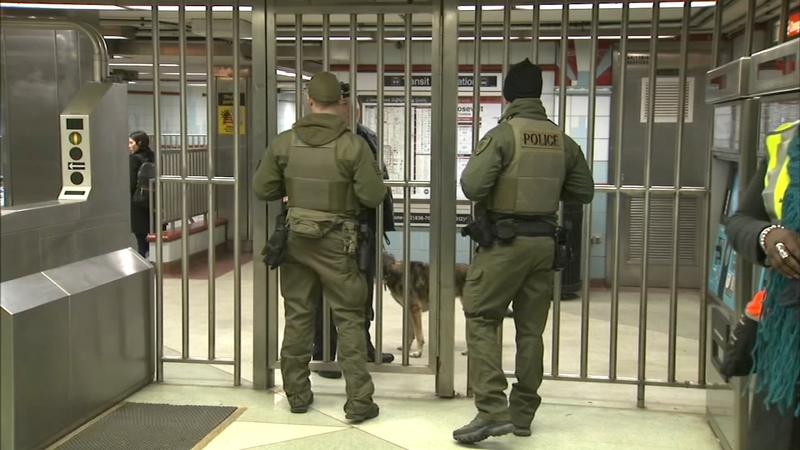 "I want to say very clearly that violence on our system is not going to be tolerated," Lightfoot said.

The new plan will add 50 more police officers to the mass transit unit, bringing it to 250 officers. The additional officers join several hundred investigators who will use smart policing technology to crack down on crime on CTA platforms, buses, and trains.

"With these new public safety investments, we are building on our 'all-hands-on-deck' public safety strategy to maximize resources and expand manpower as well as increase cross-agency coordination to create real, widespread and lasting public safety," Lightfoot said. "The CTA is safe. We move millions of people on the CTA every day."

Four detectives will also be assigned to focus on solving CTA crime and a crime analyst to help prevent crime before it happens.

In the spring, police will roll out a new strategic support center that will focus solely on the CTA. There, investigators will have access to 32,000 cameras that are already installed on CTA property. Those cameras will help police focus on hot spot areas and watch events in real time.

"By monitoring those cameras, we can make sure if crime does occur on the CTA line, that we solve it quickly," CPD Interim Superintendent Charlie Beck said.

In addition to officers riding the trains and patrolling the stations, the CTA is bringing in private security.

"We have also deployed private security guards to supplement the efforts of Chicago police officers who ride our train and buses every day," said CTA President Dorval Carter, Jr.

The announcement comes after a series of violent incidents this month, including a triple shooting near the Red Line station in the Loop. The day before that, a musician was stabbed on the Jackson Red Line platform. A woman was charged in connection with the attack.

The string of violent crime on the CTA prompted the interim police superintendent to redeploy SWAT officers to the public transportation system.

After the new plan goes into effect, SWAT officers will return to their normal duties.