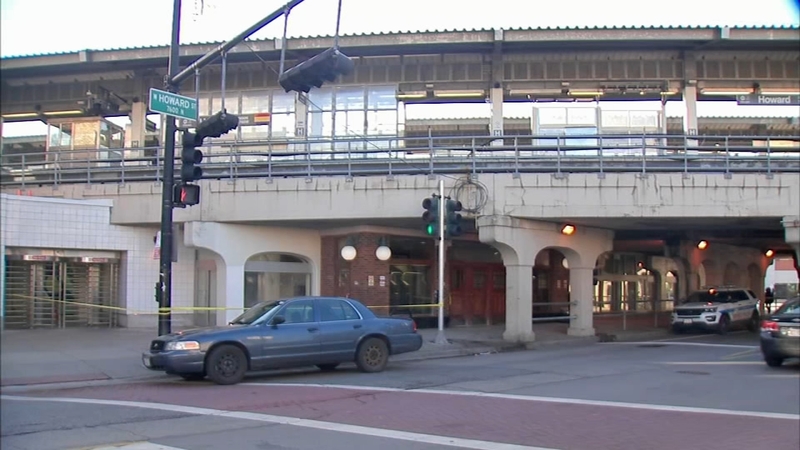 CHICAGO (WLS) -- A 20-year-old man was shot to death Tuesday on a CTA train platform on the North Side, disrupting service to Red, Purple and Yellow Line trains for hours.

The victim was standing in the Howard Street station about 12:15 p.m. Tuesday, when a man approached him and fired shots, according to the Chicago Police Department. He was struck in the chest and neck, police said.

Paramedics were on the platform treating a male victim for a possible gunshot wound, according to a Chicago Fire Department official. He was taken to AMITA Health Saint Francis Hospital in Evanston in critical condition, where he was pronounced dead, police said.

Surveillance footage from a nearby business showed a passerby walking east on Howard about the time of the shooting. The woman appeared to freeze and jump back, while looking up at the platform. A man can also be seen running from the station in the video.

"The detectives are...still canvassing the area," Chicago police Officer Robert Garduno said Tuesday afternoon outside the station. "They're going through a lot of high-definition footage that the CTA has. We're really confident that with the footage, we'll be able to identify an offender."

Police later said a gun was recovered from the scene, and detectives were questioning people of interest.

As police investigated the homicide, the Chicago Transit Authority announced the following service suspensions, with shuttle buses running between the closed sections: