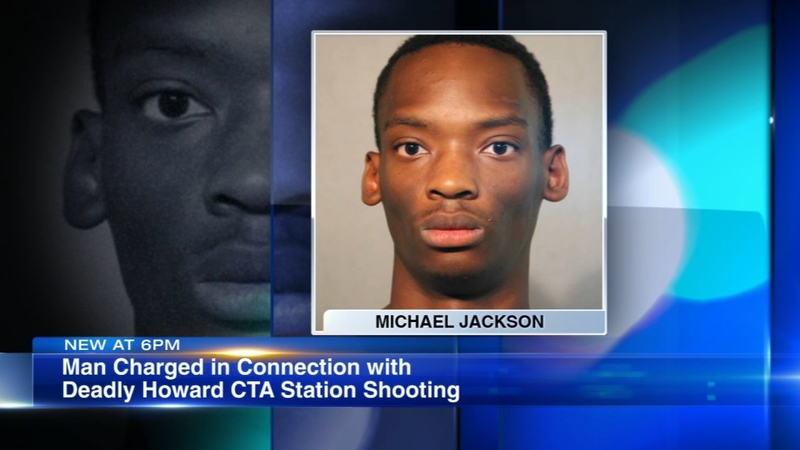 CHICAGO -- A 18-year-old man faces a weapons charge - but not murder - in the fatal shooting of another man Tuesday inside a CTA station in Rogers Park.

Michael Jackson, of Rogers Park, is charged with a felony count of unauthorized use of a loaded weapon in connection to the mid-day shooting at the Howard Street CTA station, Chicago police said Thursday.

Although Jackson was arrested within minutes of the slaying of 21-year-old Macksantino Webb, and was charged in connection to the same incident, police did not charge Jackson with Webb's murder, according to a department spokesman.

Authorities say Webb was inside the Howard CTA Red Line station about 12:20 p.m. Tuesday when someone approached him and fired shots.

Struck in the neck and chest, he went to the train platform where paramedics tried to revive him. He died later at St. Francis Hospital in Evanston.

Jackson is due for a bail hearing tomorrow, police said.