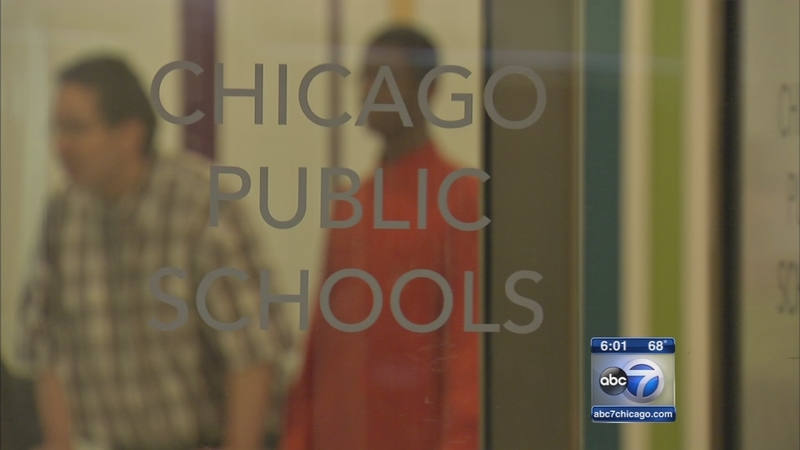 CHICAGO (WLS) -- Just four hours after CPS CEO Forrest Claypool said on Monday that there may be thousands of teacher layoffs in the second semester of the school year, the Chicago Teacher's Union told teachers to prepare for a possible labor strike.

Chicago Public Schools layoffs could go into effect in February if the district does not receive $480 million in state aid, Claypool said.

"If Springfield steps up to the plate, we will solve the fiscal crisis this year," he said.

Layoffs would dramatically increase class sizes and Claypool said the district will begin the process of deciding teacher layoffs and planning how to reconfigure classrooms in mid-December.

"We don't have any details at all," Radongo said. "I don't think it will be a straight up half a billion dollars to Chicago. That won't happen."

"We cannot blow up schools because you don't have any money. You have to figure out some other way to do this," said CTU president Karen Lewis.

The Chicago Teacher's Union held a news conference in response to Claypool's announcement in which Lewis called the plan "ridiculous," saying the district should use whatever means necessary to avoid teacher layoffs, including raiding TIF districts or borrowing money.

"Trying to reprogram schools in the middle of the year is ridiculous," Lewis said. "It's a waste of time, energy and effort."

In a CTU press release sent out Monday, Lewis and the union asked teachers and other CPS employees in their bargaining unit to save at least 25 percent of their paychecks in preparation for a possible strike.

The CTU and school board are still in the process of negotiating a new teacher's contract. They are currently in the mediation phase.

The union said strike preparations are only cautionary at this time, and that it will run an official practice strike vote on Thursday. State law requires a 75 percent affirmative vote from the union's entire membership in order to authorize a strike.

The Chicago Teacher's Union has also planned a rally in Grant Park on Nov. 23 at 5:30 p.m. Union leaders, parents, community leaders, students and other labor leaders are expected to speak at the event.