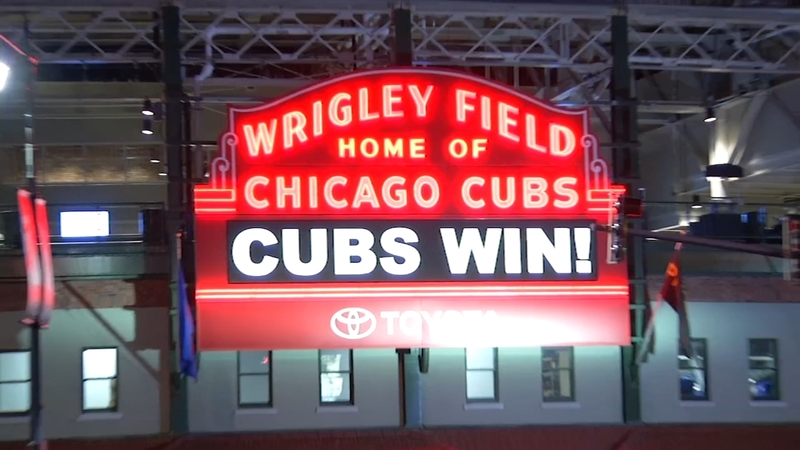 CHICAGO -- Shortly after their playoff spot was assured, the Chicago Cubs beat the Pittsburgh Pirates 7-6 Wednesday night when Albert Almora Jr. hit a game-ending single with two outs in the 10th inning.

The NL Central-leading Cubs clinched their fourth straight postseason appearance earlier in the evening when Milwaukee beat St. Louis. The Brewers, who sealed a playoff slot with their win, are a half-game behind Chicago - one of them will win the NL Central, the other will play in the NL wild-card game next Tuesday.

After Pittsburgh tied it in the ninth on a two-out, two-run double by Starling Marte, the Cubs bounced back to win.

Ian Happ led off the 10th with a walk and was replaced by pinch-runner Terrance Gore. Mike Freeman's sacrifice moved up Gore, and he took third on a groundout. Almora singled to left on an 0-2 pitch from Richard Rodriguez (4-3).

Jason Heyward homered and drove in three runs for the Cubs. Javier Baez singled for his NL-leading 111th RBI as the Cubs won after blowing a five-run lead. Star third baseman Kris Bryant didn't play because of a bruised left wrist.

Brandon Kintzler (3-3) got the only batter he faced in the top of the 10th to hit into a double play.

The Cubs led by five and still took a 6-2 lead into the eighth behind solid pitching from Jose Quintana and Jesse Chavez, but the rest of the relievers struggled.

Carl Edwards Jr. started the eighth, but was yanked after walking two of the three batters he faced. After retiring the first batter he faced, Steve Cishek gave up a walk and a two-run single to Elias Diaz to make it 6-4. Following an intentional walk to load the bases, Cishek got Pablo Reyes to ground out to end the threat.

Chicago wasn't as fortunate in the ninth.

With a runner on first and one out, pinch-hitter Francisco Cervelli doubled off the wall in right. Justin Wilson got Adam Frazier on a popup and appeared on the verge of getting out of it, but Marte hit a liner that hit off first baseman Anthony Rizzo's glove and rolled down the line for a tying double.

Pirates starter Ivan Nova was roughed up for six runs and eight hits in four innings.

The win has Cubs fans celebrating.

I was so into the game, I saw it on the phone and I was like, 'We've got this game to win. We're in this game,' and I'm not surprised because the players are still playing the game," Cubs fan Brandon Stein said. "They don't need to know. They could look up at the scoreboard and see St. Louis had lost and they could have figured it out, but they are concentrating on the game, so just let them do their job and keep winning."