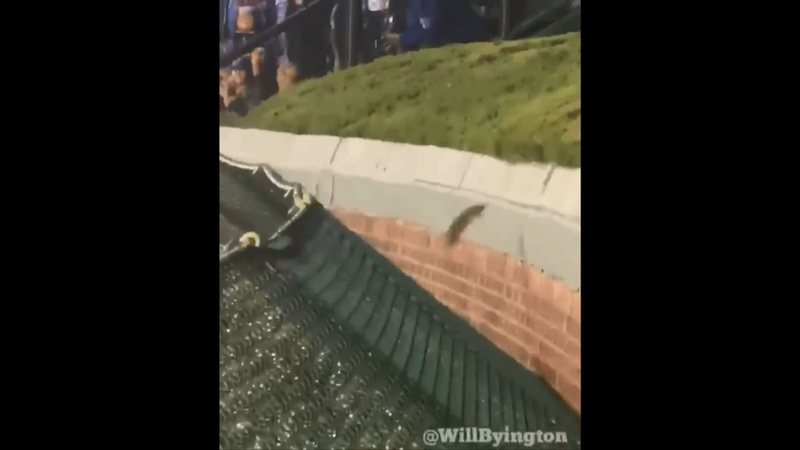 CHICAGO (WLS) -- Tuesday's 6-0 loss to the Pittsburgh Pirates didn't give Cubs fans much to cheer about, but one unsuspecting rodent became the star of the show with an underdog story for the ages.

A rat at center field dubbed the #WrigleyRallyRat captured fans' attention as it repeatedly tried to jump several feet over a wall, drawing the type of excitement you'd expect to see from an out-of-the-park homerun. Local freelance photographer Will Byington filmed the rat's attempts, capturing two failed jumps as the crowd watched in anticipation.

"You can do it!" a fan shouted after the second attempt.

On its third try, the Rally Rat cleared the gap and scampered into the batter's eye bushes. The crowd went wild and broke out into applause.