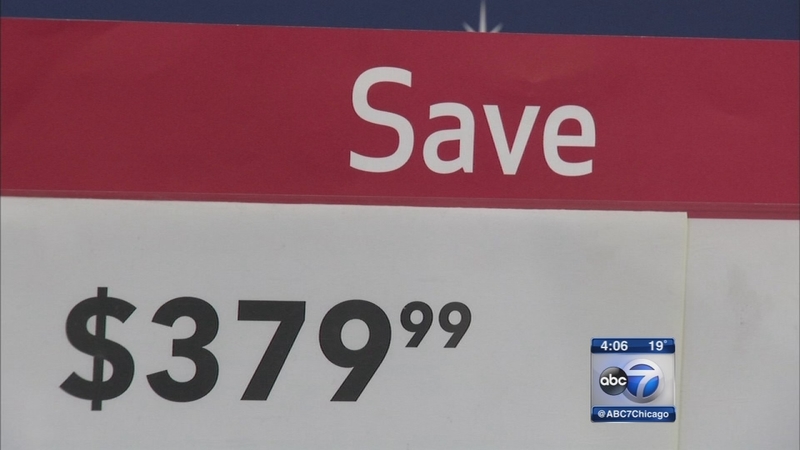 Save more on Cyber Monday

4 Ways to Save Time and Money this Holiday Shopping Season by Scott Kluth, CEO of CouponCabin.

1. Take Advantage of Online Deals Early. Stores' websites have the same Black Friday deals as they do in brick & mortar stores and typically have exponentially more inventory, however, the deals are often available online at midnight Eastern time, which is earlier than when the store opens in your area.

2. Plan Ahead for Price Adjustments. Many websites sites receive leaked Black Friday ads before they hit the newspapers. For stores that have price protection policies, buy the item you want a few days before Black Friday and then go back to the store when things slow down and get your price adjustment. Every store's price protection policy is different so be sure to do your research before you buy.

3. Get a Head Start on your Cyber Monday Shopping this Year. For the most part, the very best coupons of the year will be seen on Cyber Monday, which falls on December 1st this year. It's not uncommon to see 30, 40 and 50% off coupons for stores you shop every day. Some coupons can be found online at midnight Eastern time, and because online stores frequently sell out of popular products quickly when these discounts are so tremendous, an early-early start on Cyber Monday morning may be your best bet.

4. Don't Forget to Check for Cash Back Deals. Cash Back will be the "next big thing" for savvy online shoppers. Most of the web's biggest stores pay coupon sites an advertising fee to promote their coupons. For example, every time shoppers use an eligible coupon, CouponCabin shares this advertising fee with our members. So, if you spend $100 on almost anything at Nike.com, you'll earn 4% cash back, or $4.

Cyber Monday gears up to get online shoppers hyped

After a busy holiday weekend in shopping malls, millions of Americans are expected to log on and keep shopping on the day dubbed Cyber Monday.

That day, the Monday after Thanksgiving, has been the biggest online shopping day of the year since 2010. The day could take on added importance after a Thanksgiving weekend that saw fewer shoppers and lower spending than last year, according to some estimates.

Retailers have been pushing deals all month and particularly the past week, hoping to spur customers to spend. That may have taken away some spending from Thanksgiving weekend.

There's reason to think a lot of dollars are migrating online.

PayPal said its global mobile payment volume jumped 47 percent on Thanksgiving Day compared with last year. Wal-Mart said it had more than 500 million page views on Thanksgiving, and eBay says it sold 2,000 iPad Air 2 tablets for $399 at a rate of one a second.

Amazon has been offering special deals since Nov. 21, adding new discounts as often as every 10 minutes for eight days straight. Deals include up to 45 percent off some Samsung TVs and 28 percent off Beats by Dre headphones, selling for $275.

Wal-Mart said it has doubled its Cyber Week deals to 500 compared with last year, including up to half off some TVs, tablets and toys with free-shipping offers.

Toys R Us is offering online deals for 11 days that began the Wednesday before Thanksgiving, and also has free-shipping offers. Cyberdeals include $15 off Disney "Frozen" Princess dolls that are regularly $50 and $20 off a Teenage Mutant Ninja Turtles Battroborg Electronic Battle Game that is usually $80.

The name "Cyber Monday" was coined in 2005 by the National Retail Federation's online arm, Shop.org, to encourage people to shop online. After retailers revved up deals for the day, it became the busiest online shopping day in 2010. The name was also a nod to online shopping being done at work, where faster connections made it easier to browse, less of a factor now.

Cyber Monday comes after a weekend that saw 5.3 percent fewer shoppers and 11 percent less spending, according to estimates by the National Retail Federation.

"Online is nowhere near its maturity, so Cyber Monday should be big, with a lot of strength in the days leading up to it," Forester Research analyst Sucharita Mulpuru said. "More consumers are spending more shopping dollars online."

She expects two spikes in online shopping: one during the long Thanksgiving weekend, including Cyber Monday, and one later in December when shipping deadlines to get items by Christmas start to hit.

The National Retail Federation has forecast overall holiday sales will increase 4.1 percent to $616.9 billion in 2014.

Even shoppers who braved the stores over the weekend weren't shy about how much they like shopping online.

Jennifer Donaldson, a 47-year-old property manager, dropped in at Macy's at New York City's Fulton Street Mall on Sunday, although she usually does her shopping online.

"It's crowded, and people are rude," she said of stores.

Black Friday and Cyber Monday Deals 2014
Whether you're an expert shopper looking for that one special item or just planning on heading to the mall to browse the deals, our Black Friday guide has everything you need to know.