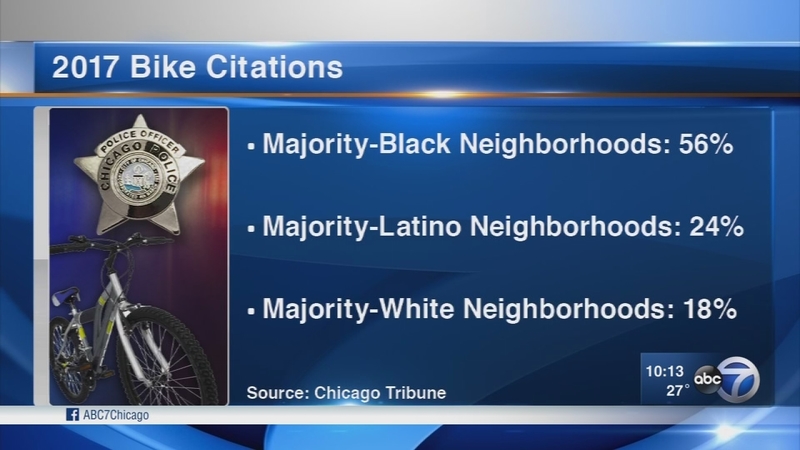 Many cyclists said they are concerned by a recent report that suggests African-American cyclists are more likely to be ticketed than white cyclists.

The Chicago Tribune reports that 56 percent of all 2017 bike citations were issued in majority-black neighborhoods.

North Lawndale has the most tickets at nearly 400. Just five tickets were issued in cyclist-heavy Lincoln Park.

Some accuse police of racial profiling.

"It's an opportunity for them to check for warrants, to do searches, to find drugs or guns," said Equiticity activist and cyclist Olatunji Oboi Reed.

Police said their efforts are focused on safety and heavily-ticketed areas are also where accidents are common.

"We want to sit down with them and say hey, let's look at these numbers," said Chicago Police Department Director of Public Engagement Glen Brooks. "These are things that we can look at, we can talk about, and we can get an understanding of what's going on."