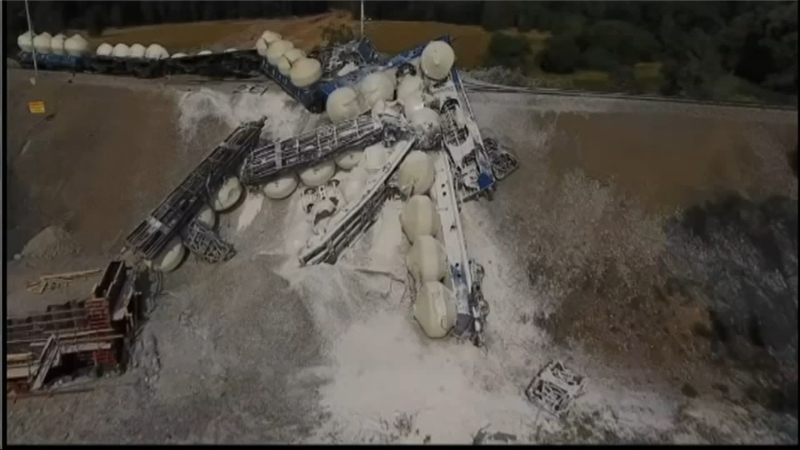 CZECH REPUBLIC -- The Czech fire service has released drone footage showing the aftermath of a freight train derailment near Marianske Lazne, about 7.5 miles from the German border.

The freight train, which was carrying limestone, derailed on Sunday between Chodova Plana and Marianske Lazne, Czech authorities said.

Limestone could be seen scattered around the derailed wagons.

A spokesman for the Czech Rail Safety Inspection said a total of 13 wagons derailed and that the damage to the train and rail track was estimated at 29 million Czech crowns, which equals $1.3 million.

An investigation into the cause of the accident was underway.