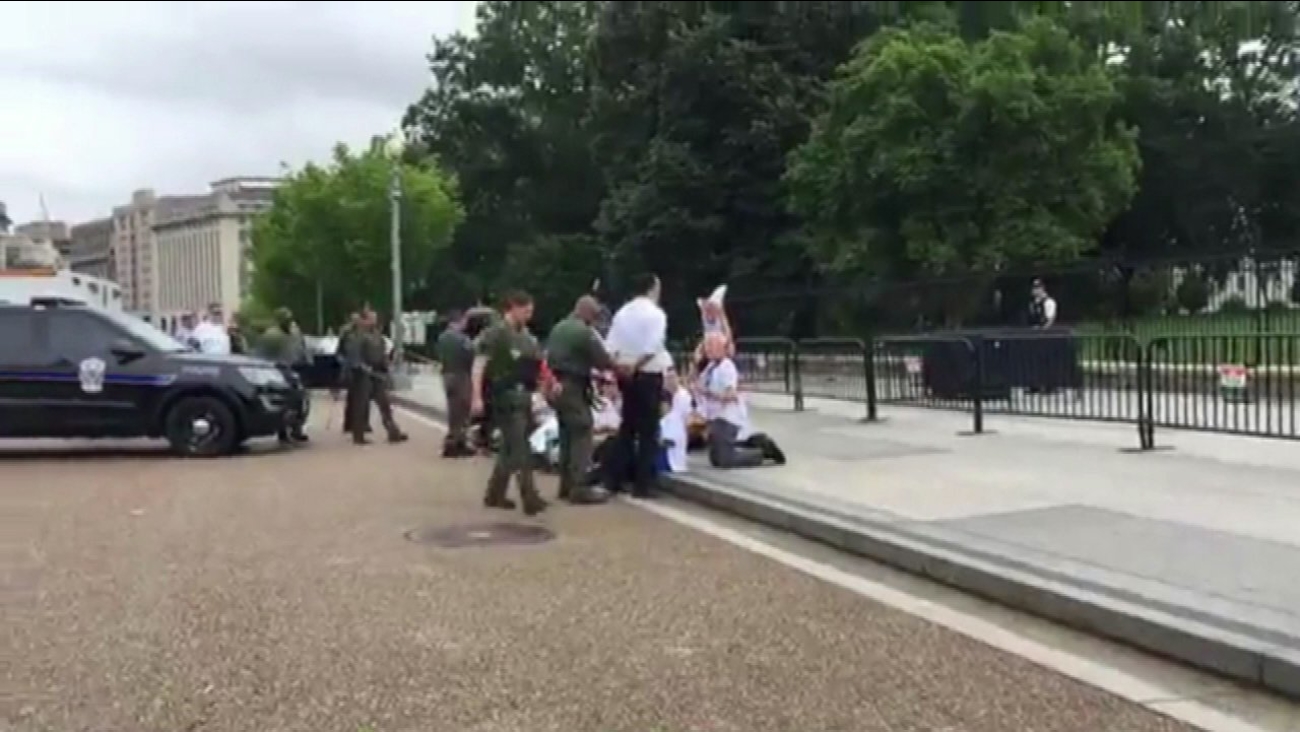 WASHINGTON, D.C. (WLS) -- U.S. Rep. Luis Gutierrez, D-Illinois, was arrested Tuesday afternoon, along with about 25 other people, during a rally in front of the White House, according to his office.

In a Facebook video posting at about 3:30 p.m., Gutierrez said he was arrested with Ben Jeolous, former president of the NAACP. The post said he was taken into custody at the U.S. Park Police holding facility.

The rally was in support of DACA, the Deferred Action for Childhood Arrivals which protects immigrant youths from deportation, and started at Lafayette Park then turned into a march around at the White House.

Afterwards, individuals were arrested for failing to leave the sidewalk in front of the White, according to Gutierrez's office. He and others were handcuffed and released about two hours later after paying a $50 fine.