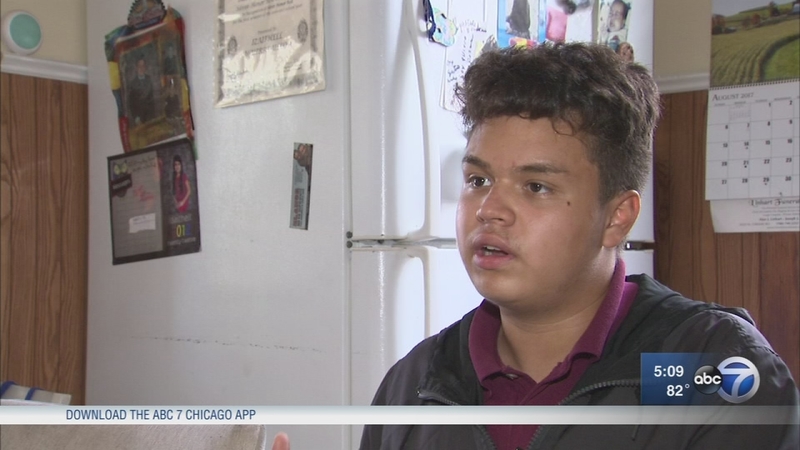 Mayor Rahm Emanuel joined suburban mayors and leaders across the country on Wednesday in demanding that the Trump administration keep a program to protect children who were brought to the U.S. illegally.

Next week could be a critical week for the program, called the Deferred Action for Childhood Arrivals or DACA. Those in the Obama-era program are protected from deportation.

Texas' attorney general wants President Trump to phase out the DACA program, and nine attorneys general from other states agree.

On Tuesday, they plan to take legal action to force the Trump administration to end the program. Before then, President Trump can rescind the DACA program or keep it in place. Either way, we will likely see a flurry of legal action during the next week.

In Chicago, The Resurrection Project will be holding DACA workshops every Tuesday in September. In the Midwest, Illinois has the most people in the program - more than 42,376.

"We just want to provide a space for applicants who are nervous and hearing rumors swirl around, to make sure they have a place weekly to get reliable information," said Julie Reiter Pellerite, an attorney for The Resurrection Project.

During a Wednesday news conference, Congressman Mike Quigley, D-Illinois, and some people in the DACA program, took a stand to support it.

"The president of the United States has to ask himself and act, fairly quickly, 'What kind of country are we?' Quigley said.

"I don't have another home, this is it," said Gosia Labno, who is in the DACA program.

Bladimir, a Cicero high school student, is one of 42,376 people in Illinois protected by the DACA program.

"My roots are Honduran; but my heart and my pride is American. It's the United States,' said Bladimir.

Bladimir's mother brought him to the U.S. when he was 5 months old. He's now 17.

"If I stayed in Honduras, I would not be the person I am now. A person who has goals, a person who wants to achieve something, with a mission," Bladimir

The uncertainty is difficult for Bladimir.