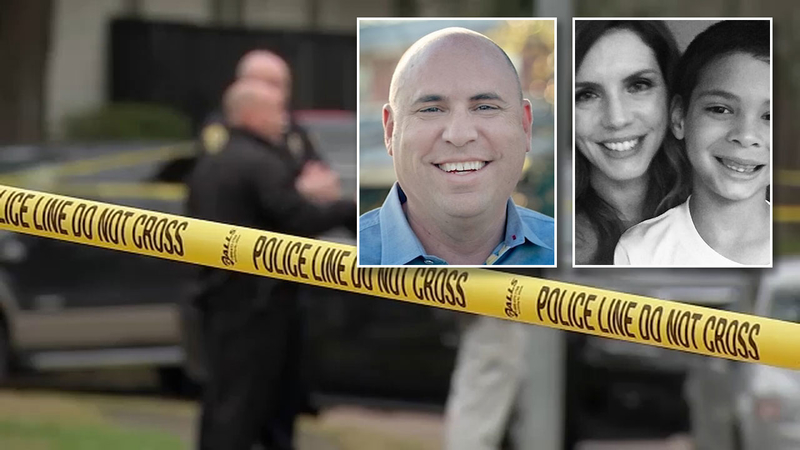 SUGAR LAND, Texas -- As neighbors continue to come to grips over the tragedy involving a respected Sugar Land family, police believe the family's patriarch, who is suspected of killing his wife and young son, drove to San Marcos and tried to strangle his adult daughter.

Police disclosed that detail Thursday in the wake of the deaths of Richard Logan, his wife Diana, and their 11-year-old son Aaron.

The police department also gave what it believes was the timeline of the deaths.

Police found Diana Logan and her son Aaron dead inside their Greatwood home after her husband, Richard, was found dead 150 miles away.

According to police, Diana and Aaron were killed sometime over the weekend of Feb. 8-9. The pastor of the Logans' church told investigators he last saw the three family members on Saturday around 5 p.m.

Monday evening was when police believe Richard tried to strangle his daughter in San Marcos, where she attends college. However, she did not report the assault to police.

Richard left his daughter, and sometime between that night and around 8 a.m. Tuesday, he committed suicide just south of San Marcos, in Guadalupe County.

Also by 8 a.m. Tuesday, Sugar Land police got a call to do a welfare check and death notification for Richard at the family's Greatwood neighborhood home, where Diana and Aaron's bodies were found.

Police added Aaron was not in attendance at his school Monday.

In light of the new details, police officially considered the case a murder-suicide.

Richard was the founder and CEO of a non-profit called Attack Poverty. He was also a former missions pastor at River Pointe Church.