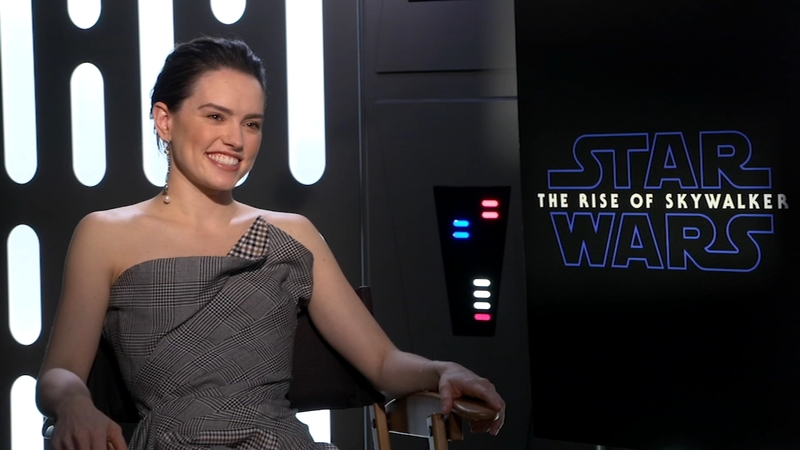 CHICAGO (WLS) -- As the release of "Star Wars: The Rise of Skywalker" draws closer, speculation about the series is at an all-time high. ABC7 entertainment reporter Janet Davies sat down with the lead actress of the film to find out what she could tell fans.

"You do get clarification," actress Daisy Ridley said of her character. "Rey gets clarification and maybe we didn't need clarification. Maybe it's not where you come from, but who you choose to be around, but maybe it also is."

Got that? Daisy Ridley has portrayed Rey, the female protagonist in these last three Star Wars movies. Rey has growing powers of the Force - which could be used for either side in this cinematic wrap-up.

"You can't make everyone happy," she said. "I think a specific portion of people are not going to like it. It's just - you know, expectations are so high and going into this, if you are a 'Star Wars' fan there are definitely things you are going to want to see."

In the prior film, Rey's character sought out Luke Skywalker for help, who was later killed off in a climactic scene.

As for any keepsakes from the film, Ridley said, "I took the ring for dark gray, I was given a light saber which is very exciting -- in a very safe place, so please don't rob my house anyone."

We'll have to wait to see if that light saber is blue or red. "Star Wars: The Rise of Skywalker" is in theaters nationwide on December 20.