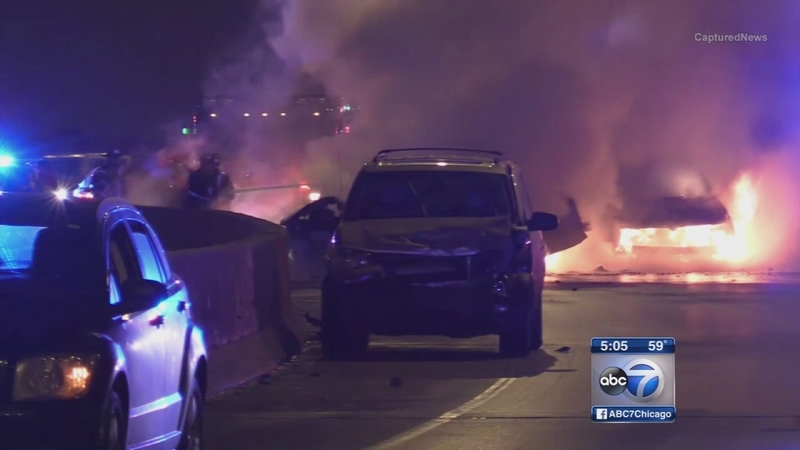 It was a dramatic sight as cars swallowed by flames, fire shot up and smoke billowed over the Dan Ryan Expressway.

Four cars were involved in the early Sunday morning crash in the southbound express lanes near 27th Street. Two of the cars burst into flames. The fire department quickly worked to put out the fires as all lanes were shutdown.

Deandre Baker was in one of the cars. He stopped to help another driver when the crash happened.

"We pulled him away from the car, pulled him down, when another car didn't see him, see his car, and clipped his car and it caught on fire," he said.

His truck is also a total loss.

One person was taken to Stroger Hospital in serious condition. Another person was transported to Mercy Hospital with minor injuries.