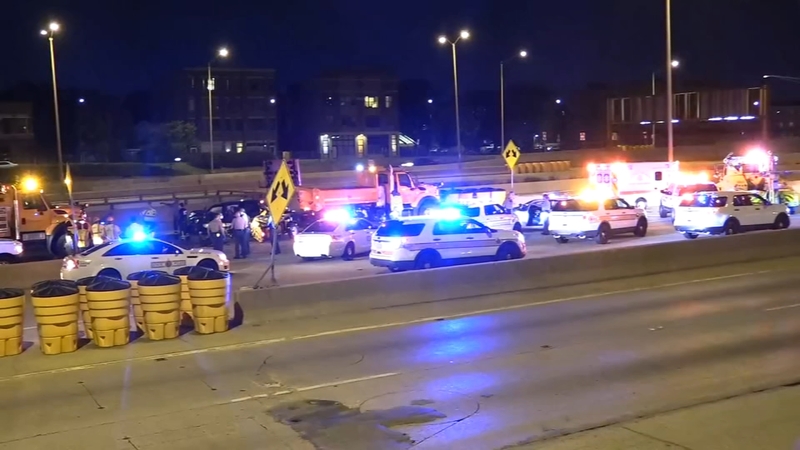 CHICAGO (WLS) -- An Illinois Department of Transportation worker was injured early Sunday morning, when a vehicle crashed into two IDOT trucks being used as a traffic barrier.

The IDOT vehicles were blocking the Lake Shore Drive feeder ramp from the inbound Dan Ryan Expressway in Chinatown when a black Chevy crashed into them about 1:23 a.m.

Joseph E. Mcclendon-Brough, 20, of Gary, was driving the Chevy. He suffered non-life threatening injuries and was cited for operating an uninsured vehicle, driving too fast for conditions, improper lane usage, operating a motor vehicle while using an electronic communication device and improperly passing an emergency vehicle.

The state worker suffered minor injuries and was transported to Stroger Hospital. The driver was cited and released; he was not charged with driving under the influence, Illinois State Police said. Police did not immediately provide any information regarding how the crash occurred.