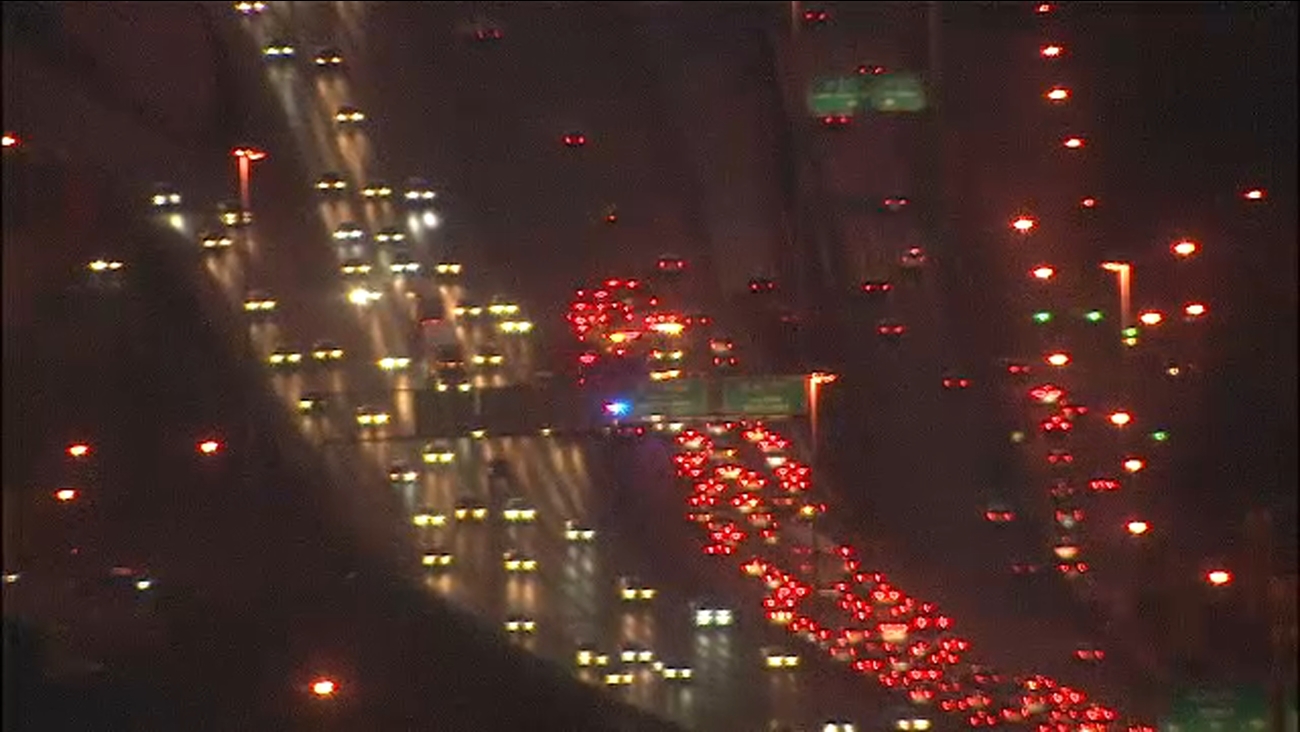 Illinois State Police said two cars were involved in the crash, which happened in the southbound lanes of the Dan Ryan Expressway near 18th Street. Three lanes were shut down for about half an hour while emergency crews responded to the scene.