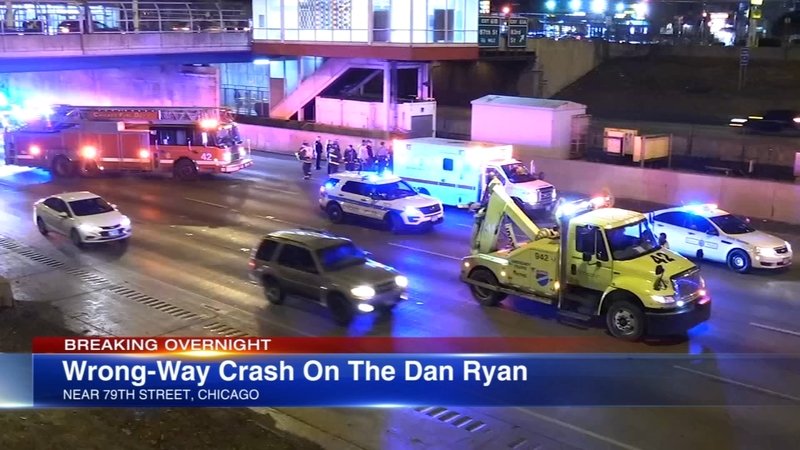 The crash occurred at about 10:37 p.m. as a vehicle was driving southbound in the northbound lanes of the expressway at 79th Street, police said.

Two people were transported to University of Chicago Medical Center with injuries that are considered to be minor, police said.

A total of five vehicles were involved in the crash, police said.

Witnesses said the driver who caused the crash went right past them, but he was going too fast for them to react.

"I saw two headlights headed right at us and I thought that I had missed him, but one of the cars that he hit must have spiraled around and hit me on the driver's side," said Roy Johnson, whose vehicle was hit.

"The car was just speeding right past us," said witness Sonja Dismukes. "It was like all the cars stopped because he was going the opposite way."