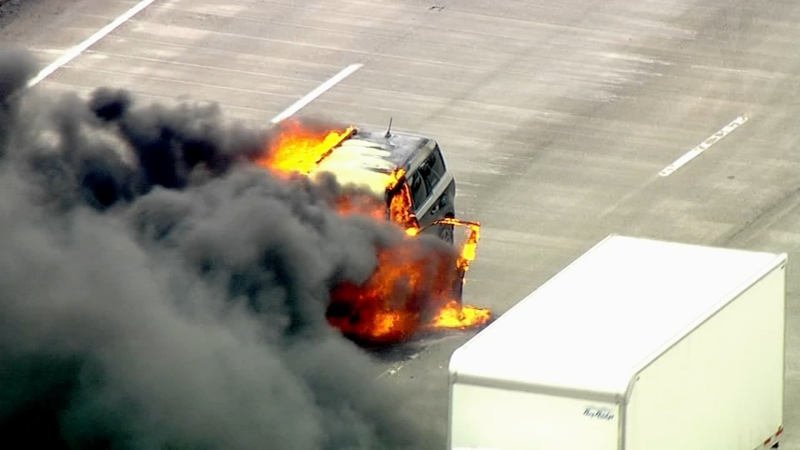 CHICAGO (WLS) -- There were some tense moments on the Dan Ryan Expressway earlier Wednesday after an SUV caught fire in Chicago.

The fire happened in the northbound lanes near South Canalport Avenue on the city's Lower West Side around noon.

It's not clear what caused the vehicle to catch fire or if anyone was hurt by the flames, Illinois State Police said. Authorities said they are trying to figure out what happened. There was no word on where the driver was, whether there were more people inside that vehicle, or how they made it out.

Several lanes were shut down while crews cleaned up the scene.